Student Involvement: Who Are You at SLU?

Incoming Billikens, this summer is all about you and your transition to SLU! By now, you've probably attended SLU 101, met with your academic advisor and interacted with your orientation group. Now it's time to learn more about what will college life be like outside the classroom.

This July, we'll highlight many opportunities to get involved at SLU and ways for you to connect with current students and future classmates. Below you can find a full calendar of both real-time virtual interactions and resources to browse on your own time.

If you haven't already done so, be sure to join the New Billikens: 2020-21 Facebook group for information on how to join in the live virtual events. All times listed are Central Daylight Time.

The Department of Campus Ministry at Saint Louis University will livestream 8 p.m. Sunday Student Mass beginning in the Fall. Join us!

July 6, 4:30 p.m. CDT: Everything You Wanted to Know about SLU Jesuits and the SLU Mission

The Center for Service and Community Engagement will discuss college students and voting and help students register to vote so they can participate in the Nov. 3 presidential election.

There are so many ways to get involved at Saint Louis University. SLU offers an abundance of student groups for a wide variety of interests. We will walk you through how to navigate the list of organizations on SLU Groups.

Do you know a little about a lot? Join SGA and the SIC for an All-Star Trivia event with categories like Disney, Harry Potter, The Office, Advertising Slogans, SLU History and more.

Did you say Virtual Ice Cream Social? Students are welcome to bring ice cream or another sweet treat and hang out on Zoom with SLU 101 Leaders and other incoming Billikens. Conversation and games!

July 16, 4:30 p.m. CDT: Student Panel on Sorority and Fraternity Life
Wondering if joining a fraternity or sorority will be part of your SLU experience? Whether you know a lot about Greek letter organizations already or feel completely uninformed, this panel will help you better understand Greek life at SLU.
July 17, 4:30 p.m. and 5:30 p.m. CDT: Learn About Fraternity and Sorority Recruitment
Today's programs will give you an opportunity to learn more about potential membership in each of our three fraternity and sorority life councils: Panhellenic, Interfraternity, and National Pan-Hellenic.

Join us Sunday evening for our Meditation Series with SLU student Sarah. Relax, reflect and start your week off right with some meditation tips and guidance.

Join Zumba instructor Alex for a Zumba session on Zoom.

We know that some new Billikens have not had a chance to tour the Simon Recreation Center. Join our SLU rec staff has they take you on a virtual tour of the facility and answer questions you have about the facility and programs offered by Campus Recreation and Wellness.

July 22, 7:45 a.m. CDT: All Levels Yoga Flow
Join yoga instructor Colleen for a guided yoga flow, suitable for all levels. She will go live at 7:45am (CDT) on the SLU Rec and Wellness Facebook page.
July 23, 4:30 p.m. CDT: Student Panel on Wellness at SLU
Have questions about staying well during your first semester on campus? Want to know how current SLU students make time for keeping a healthy mind, body and spirit? Join our student panel to hear their thoughts on staying well throughout college.
July 23, 6:15 p.m. CDT: HIIT Class on Zoom
Join SLU physical therapy student and personal trainer Victoria for a high-intensity interval training class on Zoom.
July 24, 5 p.m. CDT: Yoga and Meditation
Join SLU student and yoga instructor Sarah G. for a Friday evening yoga and meditation class on Facebook Live (@SLUrecandwellness).
July 25, 10 a.m. CDT: Run SLUgether Virtual 5K
This virtual 5K is an opportunity for incoming and current Billikens to connect online in a shared event. Participants choose their own start time and place (treadmill in your parents basement at 6 a.m. or running your neighborhood around lunchtime). Simply walk or run 3.1 miles at some point between July 19 - July 25. SLU swag bags and a T-shirt will be given to the top five runners in male, female and non-binary/gender non-confirming categories, as well as best-dressed — our theme is neon! Submit your time by July 25 at 11:59 p.m. CDT to this linked Google form. You must verify your time (done through Google form or running club, Strava). This can be via a photo of your GPS watch, screenshot of your fitness app, etc. To receive prizes, you will need to verify your time. To learn more about SLU’s running club, join the running club Strava (www.strava.com/clubs/SLURunningClub) and Instagram (@slurunclub). SLU running club will be running at 10:00am on July 25. Please join us for a cool down chat afterward at 11 a.m. CDT in the Zoom meeting linked.
July 24, 4 p.m. CDT: Billiken Cook-In
Join SLU 101 Leaders to learn some quick and easy cooking and baking recipes to do both at home and in your residence hall.

MySLU, Banner, Blackboard ... huh? This webinar will walk you through all the SLU vocabulary you'll need to navigate all of SLU's technology tools.

Fall Welcome will look a little different this year, but it will still be full of opportunities to meet new friends and connect with campus resources. Join us to learn more.

Chat live with current students as they discuss lessons learned from remote learning and offer advice on how to be successful — no matter the course delivery method.

July 30, 7 p.m. CDT: Campus Read Discussion — O Superman: The Many Faces of the Man of Steel

An internationally recognized personality of print, film and television, Superman became an icon as the original protector of “truth, justice and the American way” in the decades following his introduction in 1938. By the end of the century, Superman had developed into a highly complex signifier for a wide spectrum of social, political and cultural groups and their agendas both at home and abroad, ranging from a brute enforcer of American cultural hegemony to a closeted alien Other with conflicting public and private identities that closely mirrored the struggle of those marginalized due to racial, gender and sexual difference. In this lecture, a selection of contemporary artworks and performances in which Superman is featured as a signifier will be used to illustrate the broad range of responses that this most familiar of all superheroes has elicited, as we ask the question: is Superman the icon truly immortal, or is his invulnerability ultimately dependent on the strength of the belief system that he upholds?

How to Join In

Links to participate in these events and other admitted student activities will be posted in the New Billikens 2020-21 Facebook Group.  Not a member? Sign up now so you don't miss out on events, fall updates and opportunities to connect with other new SLU students. 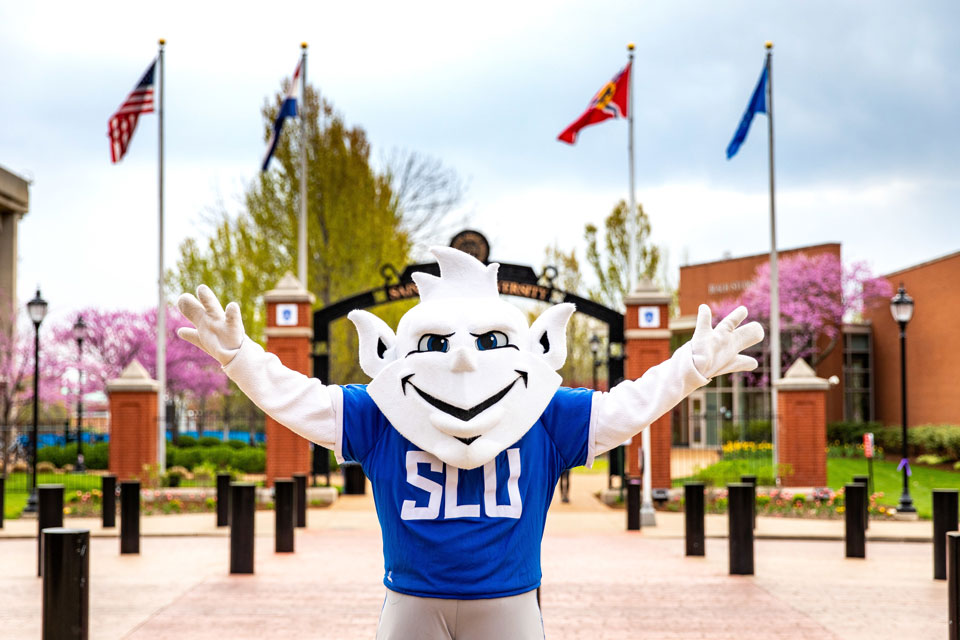