Emily’s research interests include comparative ethnic studies, gender studies, 20th century American literatures, and place and region. Her first book, West of Harlem: African American Writers and the Borderlands was published by the University Press of Kansas in 2015; it was a finalist for the Weber-Clements Prize for Best Book on Southwestern America, awarded by the Western History Association and the Clements Center for Southwest Studies. She is working on a second book titled Modern Lovers: Margery Latimer, Jean Toomer, and Race in American Culture, which has been supported by a fellowship at the National Humanities Center (2019-2020).

At SLU, Emily has taught courses on the Harlem Renaissance, frontiers and borderlands in American culture, U.S. multiethnic literatures, manhood in American culture, American women writers, Chicanx literatures and cultures, and women of color and feminist theory, along with introductory and capstone courses for the American studies major. She is a past recipient of the Helen I. Mandeville Award for Excellence in Undergraduate Teaching in the Humanities (2015) and the Donald G. Brennan Award for Excellence in Graduate Teaching (2014), both awarded by the SLU College of Arts and Sciences.

“Leaving the West for the Left: Louise Thompson Patterson, the New Negro Movement, and Black Women’s Activism.” Left in the West: Literature, Culture, and Progressive Politics in the American West. Edited by Gioia Woods. Las Vegas: University of Nevada Press, 2018. 335-362.

2015 Helen I. Mandeville Award for Excellence in Undergraduate Teaching in the Humanities, SLU College of Arts and Sciences

Emily currently serves as the Undergraduate Coordinator in the Department of American Studies and the College Preparatory Program Coordinator for the SLU Prison Program. She has served in formal capacities in the Western Literature Association, the Western History Association, and the Midwest Modern Language Association. She has also consulted on public humanities projects spearheaded by the Autry Museum of the West and the University Press of Kansas. 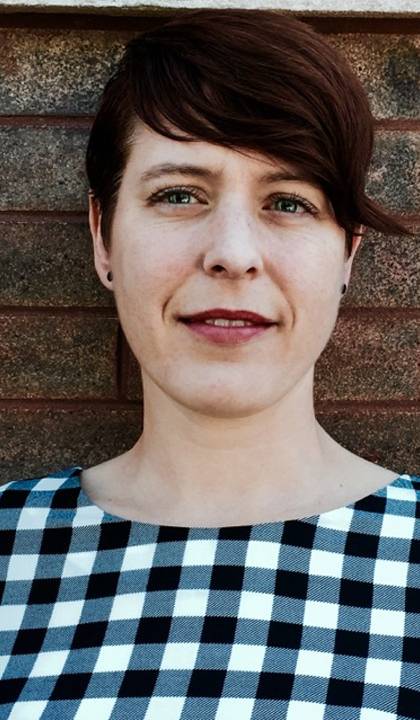