I am interested in the religious history of the Middle Ages from a cultural perspective: how ideas, values, and relationships were incarnated in symbols, customs, behaviors, and structures. In this vein, my research centers on the history of ecclesiastical institutions, such as the papacy, church councils and synods, and canon law, and on the history of religious expressions, such as the liturgy, monastic life, and the cult of the saints. So far the chief topic of my research has been the pallium, a woolen band used as a liturgical vestment and a papal badge, which the medieval popes laid upon the tomb of St. Peter and then conferred on other bishops as a mark of honor. By gradually manipulating the use of and supporting a certain understanding of this customary gift, the popes exercised control over key bishops and subordinated them more effectively to the Roman church. In addition to these areas, I enjoy studying the medieval Latin language and the manuscripts that transmit it. Currently I am working on a critical edition of the Collectio Britannica, an important collection of canon law from the turn of the twelfth century. Geographically and chronologically, my interests tend to focus on the Empire in the central Middle Ages (c. 800-c. 1200). 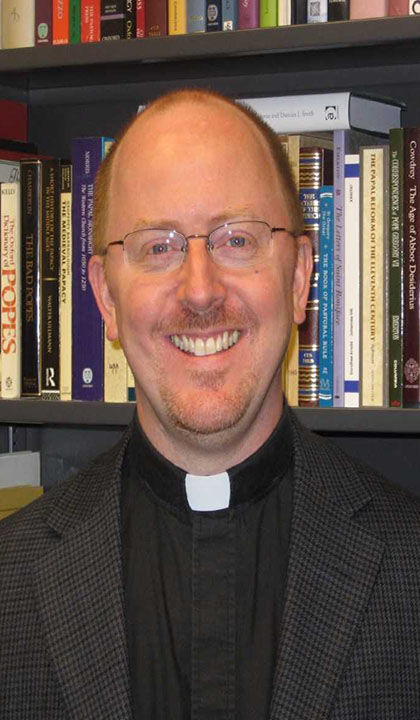