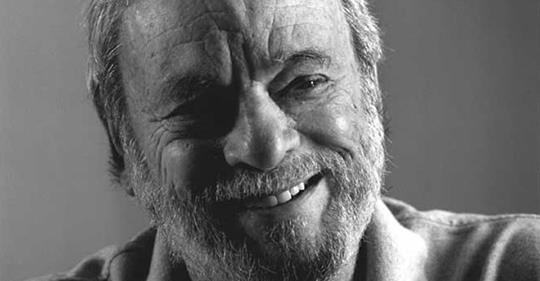 Stephen Sondheim, one of the most eminent lyricists and composers of the modern era, as the recipient of the 2018 St. Louis Literary Award.

The Saint Louis University Library Associates have announced the selection of Stephen Sondheim, one of the most eminent lyricists and composers of the modern era, as the recipient of the 2018 St. Louis Literary Award. He is the first musical lyricist to win the award since its inception in 1967. Sondheim will come to St. Louis next fall to accept the award in a ceremony open to the public.

In a remarkable career spanning 70 years, Sondheim has written the lyrics, music - or both, for some of the most iconic and long running plays in the history of American theater, including Into the Woods, West Side Story, Sunday in the Park with George, Sweeney Toddy, A Little Night Music, Gypsy, and A Funny Thing Happened on the Way to the Forum. Sondheim has won numerous Tony wards for his plays, and Grammy Awards, and he won an Academy Award for the song "Sooner or Later" from the film Dick Tracy starring Madonna and Warren Beatty. For the film adaptation of Into the Woods, Starring Meryl Streep, James Cordon and Anna Kendrick, Sondheim composed five additional songs. The film grossed more than $200 million dollars. In 1985, Sondheim won the Pulitzer Prize for Drama, and in 2015, he was awarded the Presidential Medal of Freedom.

Born in New York, Sondheim showed an early aptitude for music as a pianist and was soon studying musical theater. Composer Oscar Hammerstein, a family friend, critiqued Sondheim's first musical, written at age 15. While highly critical of the play, Hammerstein recognized the young writer's talent and became an important friend and mentor. After briefly writing for television in the early 1950s and working in theater, Stephen Sondheim skyrocketed onto the American cultural scene as the lyricist for Leonard Bernstein's West Side Story. Five years later, Sondheim won a Tony award for A Funny Thing Happened on the Way to the Forum, a play for which he composed both lyrics and music. His exceptional run of musicals, including numerous revivals of older plays, has continued unbroken for more than half a century. Along with composer Davide Ives, Sondheim is currently working on a brand new play tentatively titled Bunuel, based on two Luis Bunel movies, The Discreet Charm of the Bourgeoisie and The Exterminating Angel. His play will debut at New York City's Public Theater.

Edward Scott Ibur, chair of the literary award selection committee and president of the Saint Louis University Library Associates, said this about the award recipient: "The selection committee believes that as a lyricist, Stephen Sondheim transformed the world of music theater. As a writer, he created storylines with depth and extraordinary, fully realized characters, breaking free from the traditional mold of musical theater writing. He is a master of dialogue as well as a composer of great sophistication and beauty. These are just a few of the many reasons we found Stephen Sondheim deserving of the 2018 St. Louis Literary Award. 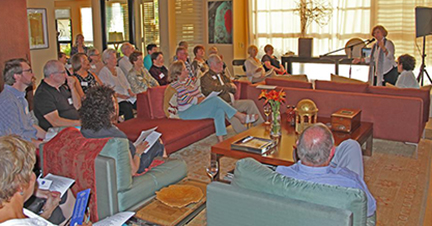 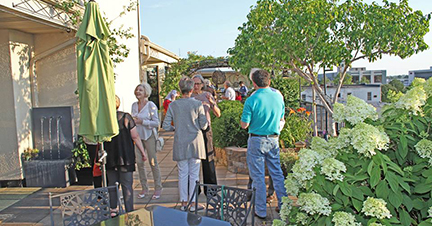 Established in 1967, the St. Louis Literary Award is presented annually by the Library Associates and has become one of the top literary prizes in the country. The award has recognized some of the most important writers of the 20th and 21st centuries, including W. H. Auden, Saul Bellow, Joan Didion, James A. Michener, Joyce Carol Oates, Tennessee Williams, and Jeanette Winterson.