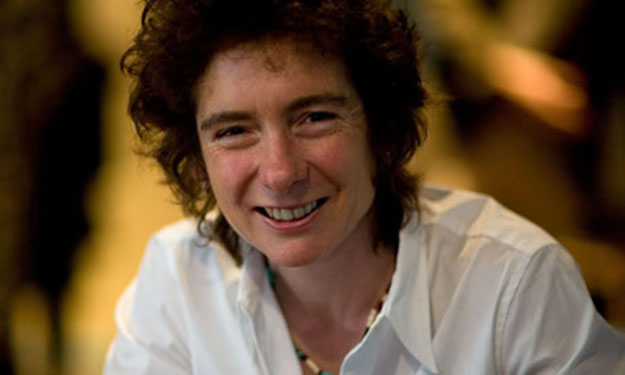 The Saint Louis University Library Associates Award will be presented at a special event September 23.

ST. LOUIS -- British author Jeanette Winterson has been named the recipient of the 2014 Saint Louis Literary Award.  Sponsored by the Saint Louis University Library Associates, the award recognizes a living writer with a substantial body of work available in English that has enriched our literary heritage by deepening our insight into the human condition and by expanding the scope of our compassion.

“In book after book, Jeanette Winterson’s magical storytelling and electrifying language spark that fundamental source of all empathy: our imagination” said Philip Boehm, chair of the Literary Award Committee responsible for the selection.

Ms. Winterson was chosen from a long list of candidates nominated by the Library Associates and invited writers, which was then narrowed down by a seven-member selection committee. In addition to Boehm, a local translator and founder of Upstream Theater, the committee includes:

This year’s award will be presented on September 23.  For event and ticket information, please contact the University Libraries Administrative Office at 314-977-3100 or email Donna Neely at neelyd@slu.edu.

For media inquiries, contact Jeanette Grider in University Communications at 314-977-2538.

Born in Manchester, England, Jeanette Winterson OBE* was adopted by Pentecostal parents and was raised to be a missionary. This did and didn't work out. Discovering early the power of books, she left home at 16 to live in a Mini and get on with her education. After graduating from Oxford University, she worked for a while in the theatre and published her first novel at 25. Oranges Are Not the Only Fruit is based on her own upbringing but using herself as a fictional character. She scripted the novel into a BAFTA-winning BBC drama. Twenty-seven years later she revisited that material in the bestselling memoir, Why Be Happy When You Could Be Normal? Winterson has written 10 novels for adults, as well as children's books, non-fiction and screenplays. She writes regularly for the Guardian. She lives in the Cotswolds in a wood and in Spitalfields London.  She believes that art is for everyone and it is her mission to prove it.

About the Saint Louis LibraryAssociates

*Order of the British Empire