My current research explores the industrial and cultural dynamics that emerge out of the institutional partnerships that since the 1990's bring together museums and film studios to produce collaborative blockbuster exhibition projects. I have also worked on projects exploring the relationship between creative labour and feminism, as well as documentary filmmaking and pedagogies of media.

"From Storage to Storytelling: Lucasfilm Archives and the (many) Afterlives of Cinema."
Society for Cinema and Media Studies Annual Conference (SCMS), Virtual Conference, 17-21 March, 2021.

"Coming to a Museum Near You: Blockbuster Movies in the Science Museum." Society for Cinema and Media Studies Annual Conference (SCMS), Seattle, March 19-23, 2014.

Guest lecture, "The cultural industries: some thoughts on what it implies to work on the cultural sector." Analysis of Popular Culture with Dr. Rosana Vivar, Saint Louis University, Madrid, February 26, 2019. 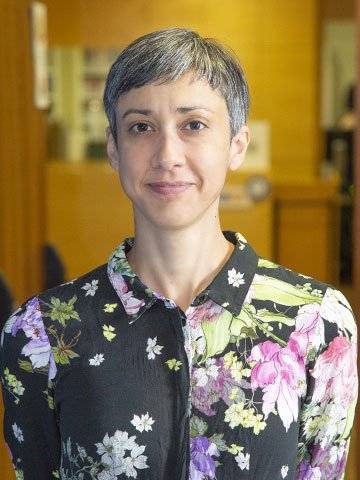