Alpha Omega Alpha (AΩA) is the National Medical Honor Society and a professional medical organization that recognizes and advocates for excellence in scholarship and the highest ideals in the profession of medicine. 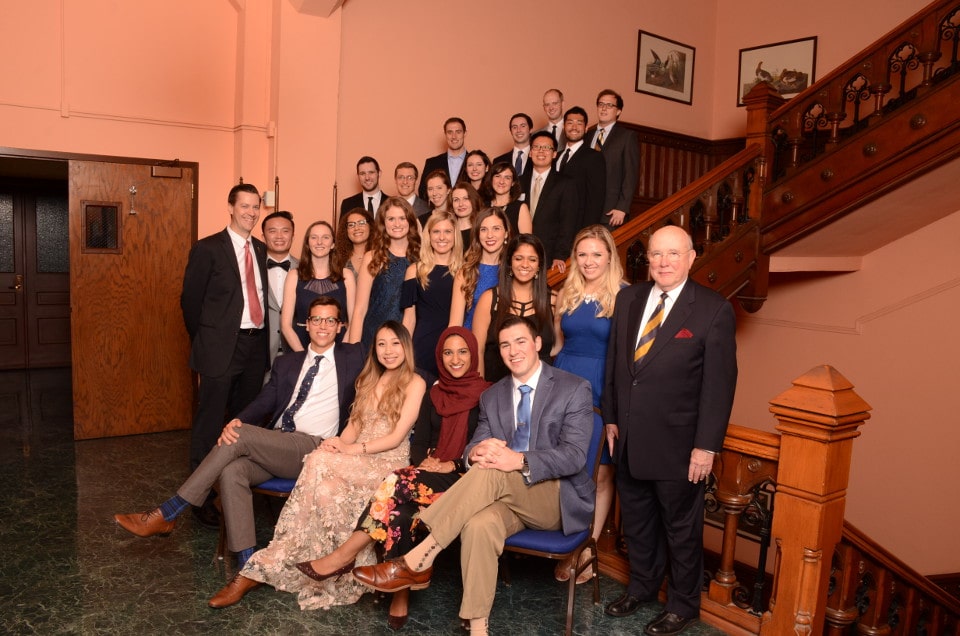 Alpha Omega Alpha is to medicine what Phi Beta Kappa is to letters and the humanities and Sigma Xi is to science. Our values include honesty, honorable conduct, morality, virtue, unselfishness, ethical ideals, dedication to serving others, and leadership. Members have a compelling drive to do well and to advance the medical profession and exemplify the highest standards of professionalism. AΩA seeks those who demonstrate through their actions the motto of AΩA: "Be Worthy to Serve the Suffering."

More than fifty Nobel Prize winners in Physiology or Medicine, and in Chemistry, have been AΩA members. More than thirty of those were elected to AΩA prior to winning the Nobel Prize.

Nearly seventy-five percent of deans of U.S. medical schools are members of AΩA.

Each year, AΩA grants more than $575,000 to medical students and faculty for awards, projects, and prizes that recognize outstanding commitment and dedication to caring for others and providing high quality health care.

According to the Alpha Omega Alpha (AΩA) national constitution, students must be in the top quartile of their class for consideration. Furthermore, no more than one sixth of a medical school's graduating class may be elected.

At Saint Louis University, chapter officers (co-presidents, co-vice presidents, secretary-treasurer) are selected at the end of their third year from among those students who have exhibited outstanding academic performance, leadership, teamwork and commitment to service. The remaining members of the graduating class are selected at the beginning of their fourth year. In addition, a chapter may also choose to elect residents, fellows, faculty and alumni / alumnae who have distinguished themselves as physician-scholars.

The Saint Louis University School of Medicine Chapter of AΩA seeks to elect those students who have distinguished themselves in a broad manner, including scholarship, leadership, service, and professionalism.

Announcement for those eligible to submit applications for Alpha Omega Alpha is made in the late spring-early summer. Eligibility is determined based on an evaluation of students' academic performance on core rotations (honor points) in the third year (90%) and performance on the USMLE Part 1 exam (10%). Eligible nominees are asked to submit a formatted-CV for review by the Alpha Omega Alpha Student Selection Committee. Emphasis is placed on evidence of leadership, research, service and scholarly activity during medical school.

A Selection Committee of School of Medicine AΩA faculty review all applicants. An Induction Banquet is held celebrating new members later that fall.