CREB-binding protein (CBP) functions as a coactivator for many transcription factors and is able to respond to extracellular signals to specifically regulate gene expression. Mutations within CBP have been found in patients with mental retardation and growth defects (Rubinstein-Taybi syndrome) and have been demonstrated in patients with acute myelogenous leukemia. Several viruses which cause diseases in humans (HTLV-1, HIV-1, CMV, HBV and adenovirus) use CBP to regulate gene expression. Regulation of transcription by CBP occurs in part through its ability to function as a histone acetylase transferase (HAT) and in part through contact with other molecules which themselves function as HATs or which function as general transcription factors such TBP.

Recent work indicates CBP contacts a specific subset of proteins to activate transcription at different promoters. We have identified a novel protein termed SRCAP, (SNF2-Related-CBP-Activator Protein) which binds to a region within CBP shown to be important for CBP to function as a coactivator for CREB. Structurally SRCAP is related to the SNF-2 family of proteins which are involved in various aspects of transcriptional regulation including chromatin remodeling. We have found that SRCAP regulates the ability of CREB and CBP to activate transcription and that SRCAP regulates transcription of several promoters (PEPCK, somatostatin and enkephalin ). In others studies we have also found that SRCAP functions as a coactivator for tglucocorticoid receptor-mediated transcription.

We have also found that SRCAP similar to CBP, is targeted by several viral proteins. These include: the HCV NS5A protein, which in conjunction with SRCAP represses transcription of the p21 gene; the adenovirus protein, DBP, which blocks CBP-SRCAP interaction and inhibits transcription mediated by SRCAP; and the adenovirus protein, E1a which binds CBP and blocks binding of CBP to SRCAP.

Our current studies include both in vitro and in vivo approaches aimed at elucidating the mechanism(s) by which SRCAP regulates transcription. 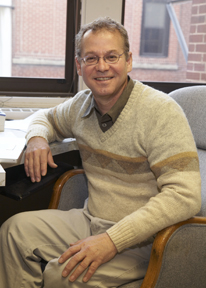