I’ve never looked up to superheroes. However, as I sat on a Boeing 777 headed west from Lubumbashi, DRC, I can’t help but believe that I just met a superhero and I admire her greatly. Her name is Sr. Catherine and she doesn’t wear a cape, she wears a habit. 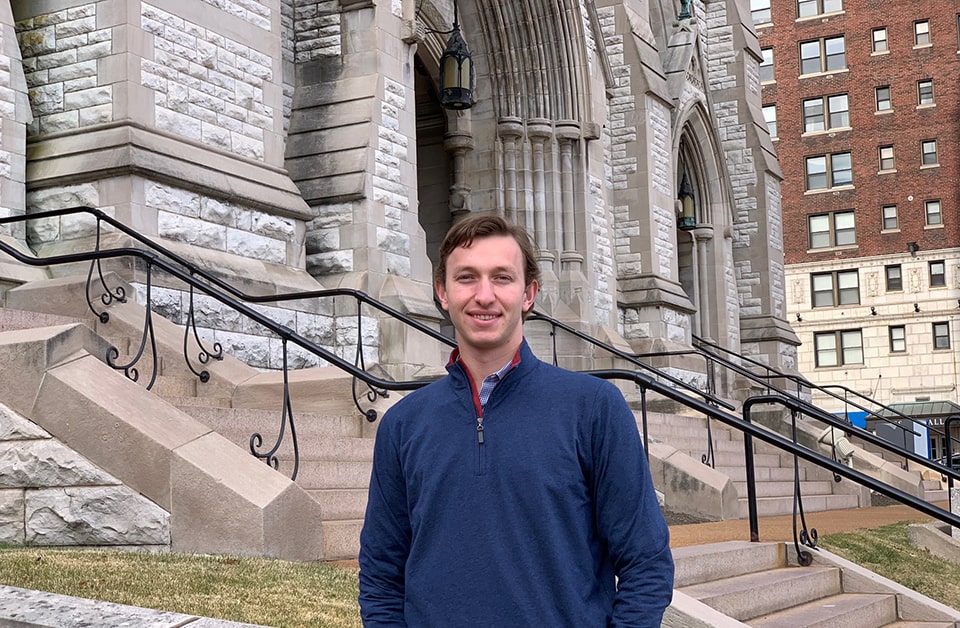 She doesn’t fly or teleport, instead she navigates through rough terrain in a Toyota causally evading police that try to give her a hard time. She can’t shoot webs out of her palms or lift a truck with the flick of her pinky, but equipped with a crucifix and a peaceful and subtly energetic demeanor, Sister uses her superpowers to restore hope within people who have been abused, exploited and oppressed.

To say that I have been inspired by Sr. Catherine is an understatement. Her organization, Bon Pasteur, is a dynamic and thorough example of what a strong leader with a capable team can do. Shen employs a system that champions transparency and agency, which spills out into the programs she administers. I recall one woman describing Sister’s impact on her life saying, “I now feel full of dignity. I am now a human being.”

These words are but a sliver of what I will carry with me from this trip—the people I have interacted with are now held deeply in my heart and in my mind as I consider where to spend my energy in the future.

I have been blessed in my life to have incredible experiences and opportunities that have put me face to face with phenomenal leaders — Sister Catherine outshines them all.

What makes Sister so special? Maybe it’s her wit — her ability to develop solutions for complicated problems and effortlessly make profound statements. Perhaps it’s her honesty, which lends to her gentle and effective way of forming other leaders. Or maybe it’s the way she humbly reveals her utter faith in the Lord — evident in her smile that cuts through conflict as if she’s proud to show that she has God on her side.

What makes Sr. Catherine a real hero is her ability to reminds us that we don’t need to be superheroes — that we have been created with dignity and agency and that we are all capable of flourishing if only we trust in each other and the Lord.

While in the Congo, I saw radical poverty like I had never seen or imagined before. I met people who were joyous despite battling against hunger and abuse. I learned about injustices and the corruption that contribute to people failing to understand that they are human beings.

The people working at Bon Pasteur with Sr. Catherine are all inspirational. Their hearts are open wide for all those they are aiming to help flourish. You read and see on TV the kinds of things that we saw in Kolwezi, but meeting the people working in the mines, watching the children celebrate their education, and just being present in the DRC provided me with a deeper sense of what others are facing across the world.

Meeting the people that Sr. Catherine serves and their regard for her sealed the deal for me. She is tackling several injustices with thoughtful solutions that aim to spark sustainable and lasting change.

I was struck by the story of a young boy who talked about the culture of the mines where his friend was buried alive by people who had no regard for human life, but only the minerals that those people could harvest—so that they could afford a meal. This young man was so grateful for Sr. Catherine and the ability to attend school, I was moved to tears. That was a moment I will never forget.

I was also amazed to learn that in just 7 years, Sr. Catherine went from knowing no one in Kolwezi and not speaking the language to accomplishing so much. She did this with a patient trust in Christ which was evident in her process.

She spent her first 10 months simply investigating and developing relationships with her most valuable assets, the people of Kolwezi. She recognized the immense power of mobilizing a community before they could realize it for themselves. Her model is to help others realize how they can be agents of change and deserving of a wonderful life.

Since visiting Bon Pasteur, I have become more aware of the global economic issues that present challenges for the people of the DRC. Previously, all my attention was on U.S. policy and economic issues. I now have a greater appreciation for the work that needs to be done around the world to guarantee people basic access to food, water, shelter, and education.

I also have a greater appreciation for the small details of leadership that Sr. Catherine demonstrates. She recognizes the good each member of her team can do, and affirms those around her in a way that inspires dedicated and loyal service.

I was particularly interested in Sr. Catherine’s theory of change and how she led her team. Sr. Catherine demonstrated for us that process was more important than solution. She knows how to be an advocate, an institution builder, a collaborator, and a beacon of hope.

Finally, it is clear to me that Sr. Catherine is led by her tremendous faith in God. This powerful aspect of her person demonstrates a faith that does justice. I am inspired by Sr. Catherine to invest more fully in my relationship with God and trust in his slow but persevering work.

I am the product of a Jesuit high school, which has had a profound impact on my life. As a senior in high school I had zero interest in becoming a Billiken, but after my freshmen year at SLU, I absolutely fell in love with this place. I encountered incredible peers, staff, and faculty that left a lasting impact on who I wanted to become.

SLU has provided me with the opportunity to be mentored by faculty that genuinely share my interests, a place to be challenged and to grow in my faith, and limitless friendship with people who are filled with such good will. There is a sense of selflessness in the air at SLU. This University truly exemplifies what it means to be an institution of Jesuit higher learning—the single most important reason I am here.

In addition to my involvement in SGA, I have served as an Oriflamme Coordinator, U101 Peer Instructor/Honors Teaching Assistant, Men’s Club Basketball Head Coach and Mission Priority Examen Steering Committee. I am also heavily involved in the Edmund Campion Society and Beta Theta Pi.

Reflection by Jordan Glassman, a senior from Palm Desert, California, studying philosophy and political economy. He went to the Democratic Republic of Congo to evaluate Bon Pasteur. Since 2013, Bon Pasteur has been tackling the child labor problems with a holistic child protection approach that integrates alternative livelihoods, social protection, education and advocacy.