ST. LOUIS – A professor at Saint Louis University’s (SLU) Trudy Busch Valentine School of Nursing has received a prestigious National Institutes of Health RO1 grant that looks at how to best communicate with parents of children who have cancer that is often difficult to survive. 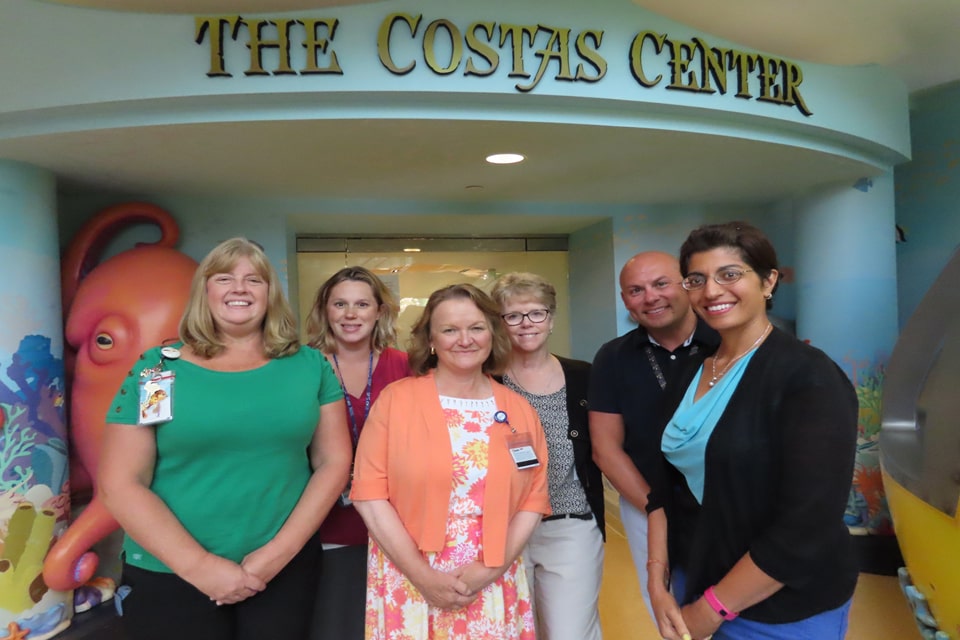 The goal of the five-year study is to see if early palliative and end-of-life supportive care discussions at the time of a child’s cancer diagnosis will improve the quality of life for parents and their children.

The team will oversee the more than $3.26 million-funded randomized clinical trial, which involves multiple centers and disciplines.

Having the Tough Talk

“Many health centers wait to offer information about hospice or palliative care until a child has failed all standard treatment or is near death. I’ve always been ethically bothered by this,” Hendricks-Ferguson said.

“The majority of children who have terminal cancer experience pain and emotional suffering at the end of their lives and their parents experience emotional distress. These children are not enrolled in hospice and undergo futile, intense medical treatments when oftentimes the affected children and parents just want them to be home.”

Talking to parents about the likely death of their sick child is difficult, Hendricks-Ferguson said. Often, health care providers don’t know what to say or how to share it, and many get little training during their formal education. So, they avoid tackling the topic head-on until death becomes imminent, which Hendricks-Ferguson says is way too late.

“When it comes to talking to parents and saying, ‘I don’t think I can cure your child with modern medicine,’ that’s really hard to do,” she said. “Physicians and nurses need to talk to families about difficult information. These are tough compassionate, or tough love talks.”

Hendricks-Ferguson said her research supports recommendations by national health care organizations for comprehensive education to physicians and nurses to prepare them for discussions with patients and family members about the benefits of early and sustained palliative and end-of-life care support for terminally ill patients. Organizations that recommend training include the National Institutes of Health, National Cancer Institute, National Institute of Nursing Research and Institute of Medicine.

When it comes to talking to parents and saying, ‘I don’t think I can cure your child with modern medicine,’ that’s really hard to do.”

Specifics of the Study

This randomized clinical trial (experimental vs. attention control interventions) will offer specific communication strategies for pediatric oncologists and nurses to talk with parents of children who face a poor prognosis from their cancer. Eligible patients will be ages 1 month to 18 years and expected to die within two years of diagnosis.  The study will include 166 families from at least six states – Missouri, Colorado, Georgia, Texas, Washington and Wisconsin.

The researchers will compare two forms of communication, one delivered by a doctor/nurse team and the other delivered by a nurse. In both the experimental and attention control intervention arms of the study, parents will receive three, 1-hour sessions and will complete the same set of baseline and post-intervention study measures.

The investigators will monitor and evaluate how each intervention arm of the study impacts the timing of hospice enrollment, pain management, emotional suffering and medical interventions for sick children. They also will evaluate parents’ coping and decisions about their child’s oncology care and hospice enrollment.

The study will have two arms. The experimental arm will evaluate the impact of an early palliative and end-of-life care communication intervention, delivered by a pediatric oncologist/nurse (MD/RN) team. The other arm is an Attention Control intervention, in which a nurse engages in pediatric oncology care discussions with parents.

How the Experimental Arm Works
How the Attention Control  Arm Works

“For parents receiving the experimental arm, we hypothesize that improved palliative and end-of-life care communication will align with the goals of care between pediatric oncologists, nurses and parents when a cure is unrealistic for children,” Hendricks-Ferguson said.

“We also hypothesize the parents of children in this arm will be enrolled in home-delivered hospice care earlier and will undergo fewer intense medical interventions at the end of their lives. These children should experience less pain and emotional suffering at the end of life, and parents would feel less emotional distress,” Hendricks-Ferguson said.

Building Upon a NIH-Funded Pilot Study

This newly funded 5-year RO1 study (1R01CA235632-01A1), which is titled “Evaluation of the Communication Plan Early through End-of-Life (COMPLETE) Intervention,” expands upon the NIH-funded R21 pilot study (1R21NR011071-01A1) conducted by Hendricks-Ferguson and Haase. The pilot study found children with brain tumors endured less pain and emotional suffering and fewer high-intensity medical interventions at the end of their lives when parents received early and sustained clear communication about the benefits of palliative and end-of-life care options. Parents also felt less stress and uncertainty, and experienced more hope.

“Parents formed a different kind of hope than the false hope that focuses on an unrealistic cure for their child. They understood what is going on with their child and how their pain was going to be managed. They could focus on making special memories, whether that’s a trip to Disney World, taking special pictures with Grandma or spending quality family time together,” Hendricks-Ferguson said.

“We believe if the parents are informed about what’s going on, they will be more comfortable talking to their child about what they want, what their fears are.”

For more than two decades, Hendricks-Ferguson, has studied how to talk about end-of-life issues with the families of dying children. She has received numerous honors and awards for her research including the Distinguished Scientist Award by the Midwest Nursing Research Society’s Palliative and End-of-Life Research Interest Group; Certified Hospice and Palliative Pediatric Nurse of the Year; Fellow in Palliative Care Nursing; Fellow in the American Academy of Nursing; and St. Louis Nurse Educator of the Year.

“If the early communication about end-of-life issues is shown to be more effective than what we currently do, it can be rapidly translated into clinical practice to support earlier hospice enrollment and improve outcomes of children at the end of their lives and their parents.”

Founded in 1928, the Trudy Busch Valentine School of Nursing at Saint Louis University has achieved a national reputation for its innovative and pioneering programs. Offering bachelor's, master's, and doctoral nursing programs, its faculty members are nationally recognized for their teaching, research and clinical expertise.