Through a generous $300,000 endowment, Henry Nasrallah, M.D., chair of the Department of Psychiatry over the past five years, and his wife, Amelia, a research psychologist, have established The Henry and Amelia Nasrallah Center for Neuroscience at Saint Louis University. 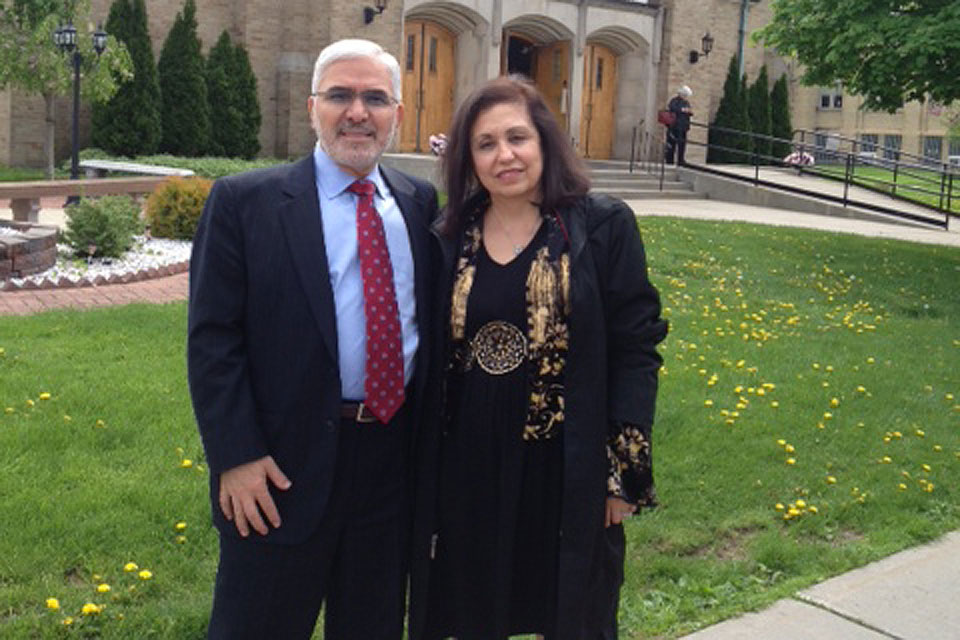 The new center will be named in honor of the Nasrallahs. Submitted photo

The endowment will allow the center to foster and facilitate interdisciplinary research and education in neuroscience within the School of Medicine and across several colleges at the University.

Daniela Salvemini, Ph.D., professor in the Department of Pharmacology and Physiology, will lead the new center as its director.

The endowment will also support a lectureship to be held annually during National Brain Awareness Week in mid-March, featuring a distinguished basic, clinical or translational neuroscientist at a joint Neurology and Psychiatry Grand Rounds.

“We strongly believe in advancing brain research and its importance for developing new treatments for multiple neurologic and psychiatric disorders, many of which still have treatment challenges, leading to physical, mental, social and functional disability,” Henry Nasrallah said. “We both hope that this gift will elevate the visibility of neuroscience research and education in the School of Medicine and across SLU under the strong leadership of Dr. Salvemini.”

“Finally, as I plan to retire from SLU at the end of this academic year, giving back to this great institution is also a token of appreciation that we hope will have a lasting positive impact for all basic and clinical departments and faculty," he explained.