Six Things to Look For at SLU's Bicentennial Mass

Saint Louis University is preparing to kick-off its bicentennial celebration Saturday, Sept. 23, at the Gateway Arch. Thousands are expected to join the University in marking its 200-year history with a celebratory Mass, followed by food, family entertainment, live music and a fireworks display.

Planning to attend this once-in-a-lifetime celebration? Here are six people, places and things to look for: 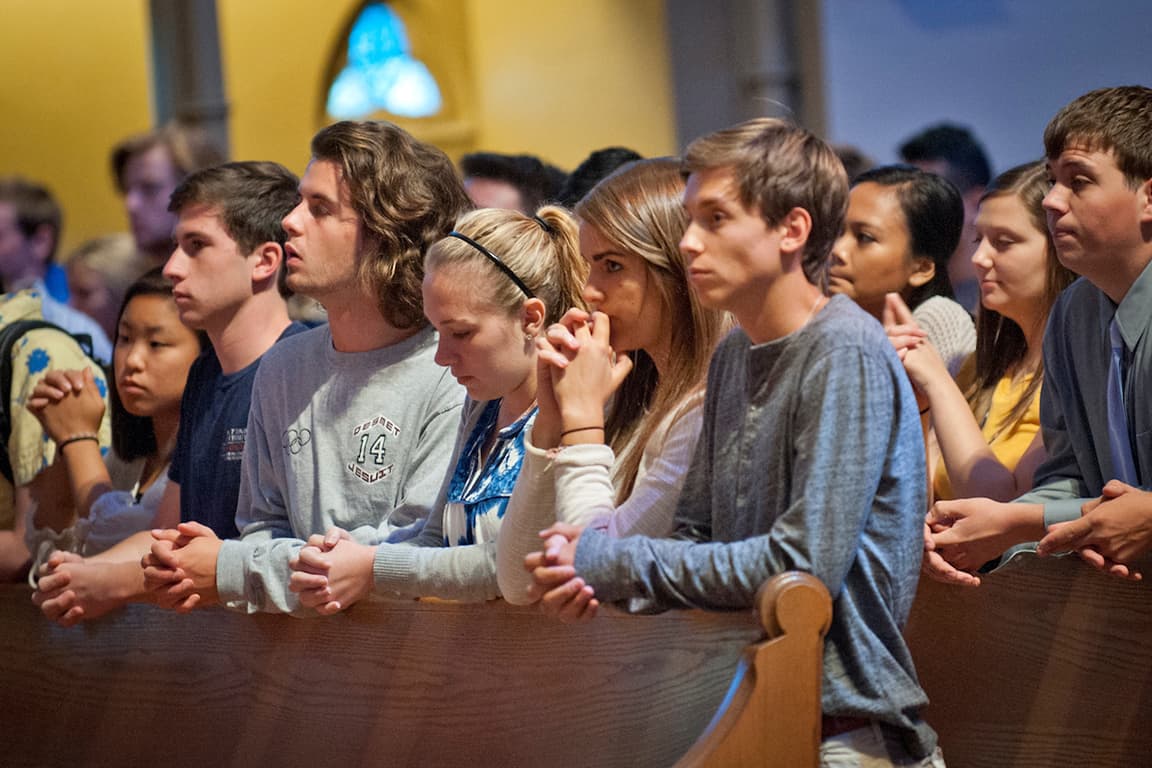 Members of the St. Louis community are invited to join Saint Louis University for its bicentennial Mass Saturday, Sept. 23.

SLU’s Bicentennial Mass is the first Mass ever to be celebrated under the Gateway Arch. It’s a fitting achievement for SLU, which got its start in a small rented home on the banks of the Mississippi River on what is now the Arch grounds.

If the altar and coordinating furniture look familiar, that’s because they were originally used during the Mass celebrated by Pope John Paul II when he visited St. Louis in 1999. Saint Louis University worked with the Cathedral Basilica to arrange use of the altar for the bicentennial event.

SLU’s Bicentennial Mass features new music composed specifically for the celebration, but even the more traditional pieces have some SLU history behind them. Much of the Mass’ modern Catholic liturgical music was composed in the 1970s and '80s by a group of SLU students known as the St. Louis Jesuits.

More than 100 Catholic and religious leaders are joining Saint Louis University for the Bicentennial Mass, including the presider, the Most Rev. Robert J. Carlson, Archbishop of St. Louis, and Deacon J. John Heithaus, the grand-nephew of SLU’s Claude Heithaus, S.J.

Don’t miss your chance to get your first piece of bicentennial swag. While attendees are invited to bring lawn chairs and blankets, SLU will provide guests with souvenir seat cushions as they view the Mass on the steps of the Gateway Arch.