Michael Vaughn, professor of social work at Saint Louis University's College for Public Health and Social Justice, was named a fellow of the American Academy of Social and Social Welfare in January, joining a group of 15 educators, researchers and leaders recognized for their dedication to excellence in the field of social work and commitment to research that advances social policy and the public good. 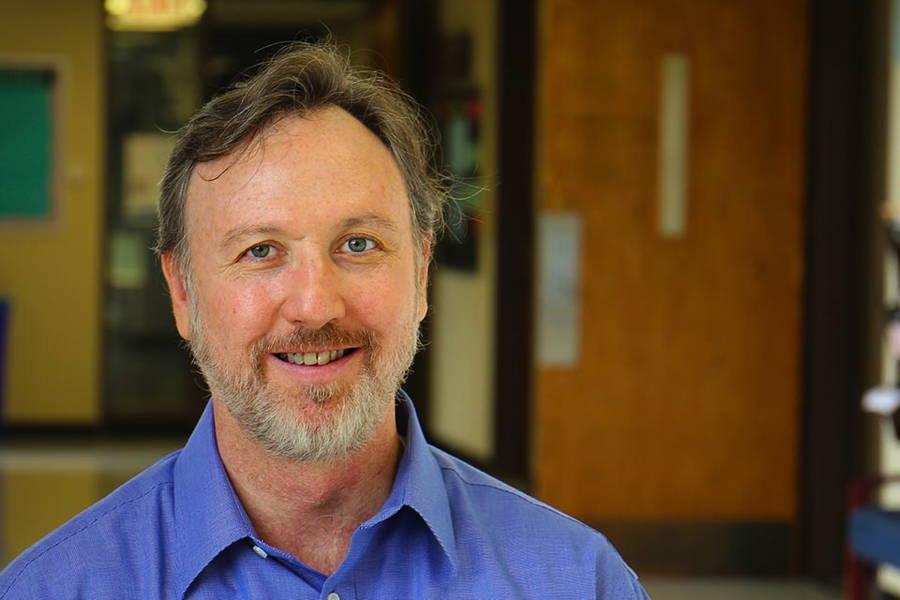 Vaughn was inducted into the American Academy of Social Work and Social Welfare on January 13, 2017,  in a ceremony at the Society for Social Work and Research's annual conference in New Orleans, LA.

As one of the world’s most-cited researchers in social work, Michael Vaughn, Ph.D., is driven by curiosity.

With broad research interests including crime and violence, drug use, school dropout and the interplay of biology and the environment in understanding human behavior, Vaughn joins social science and epidemiologic methods with an evidence-based social work perspective to purposefully cross disciplinary boundaries.

"If I’m not curious about or interested in some phenomena it's hard for me to do good work. I have to really allow myself that creative side to form and follow a research question."

Vaughn is the author or co-author of more than 350 peer-reviewed articles published in a wide variety of scientific journals, and serves on several editorial boards and scientific review panels.

The American Academy of Social Science Social Welfare is a society of distinguished scholars and practitioners dedicated to advancing social work’s role in building a sustainable, equitable, and just future, informing social policy and applying research findings to real-world challenges. The fellows are selected through a process of confidential nomination and election by a super-majority of current fellows.

"I like to ask questions and pursue knowledge for its own sake, but I also have an eye toward relevance and utility," Vaughn says. "It is an honor to be recognized by a very accomplished group of peers for a body of research that has contributed to the scientific conversation and informed policy."

A faculty member at Saint Louis University since 2008, Vaughn is the founding director of Saint Louis University School of Social Work’s Ph.D. in Social Work program. He teaches courses in theory development and research design and measurement. "The ideas and the readings that I bring into the classroom are broad, and are meant to be challenging," Vaughn says. "I want to get people to think a different way...to reexamine their own assumptions and biases."

About the College for Public Health and Social Justice

The Saint Louis University College for Public Health and Social Justice is the only academic unit of its kind, studying social, environmental and physical influences that together determine the health and well-being of people and communities.

It is the only accredited school or college of public health among nearly 250 Catholic institutions of higher education in the United States. Guided by a mission of social justice and focus on finding innovative and collaborative solutions for complex health problems, the College offers nationally recognized programs in public health, social work, health administration, applied behavior analysis, and criminology and criminal justice.