Christopher Lloyd (MHA 1988) is President of the Piedmont Clinic – one of the largest clinically integrated physician networks in the United States. Under Lloyd’s leadership, the 2,500+ physician network headquartered in Atlanta, Georgia is achieving best-in-class performance across a full range of medical and surgical specialties.

In 2020, the Piedmont Clinic reported evidence-based quality and cost outcomes that exceeded industry benchmarks and performance of its Medicare Shared Savings Program Accountable Care Organization (MSSP ACO) that ranked 15 out of more than 500 participating ACOs nationwide.

Lloyd has amassed a track record of impressive achievements over the years. He served as CEO of Memorial Hermann Health System’s MSSP ACO, the most successful ACO in the country from 2012 to 2016,with approximately $230 million in total cost savings. 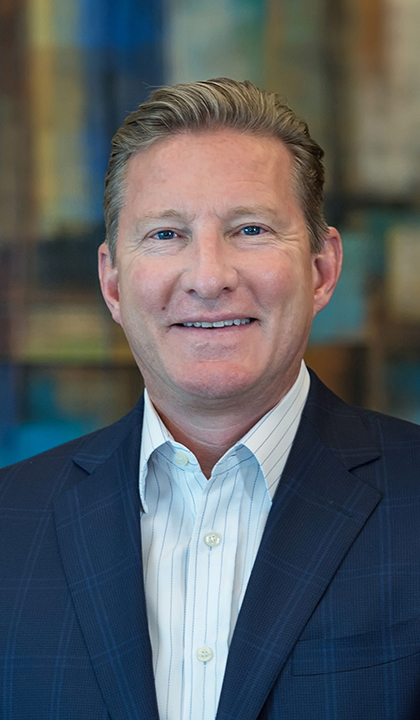 Lloyd’s resume also includes senior leadership roles in organizations such as Advocate Health Care and Dignity Health, as well as an entrepreneurial venture in which he participated in the initial forming stages of PetMeds.com and as an initial investor and board member.

Lloyd credits much of his success to focusing on the big picture, taking calculated risks, and understanding the fundamentals of health care.

“No job is too small,” Lloyd said.

“You may think that because you have a master’s degree, you won’t find yourself in a clinic helping to register patients or being asked to develop a medical staff plan, but those things are always important relative to a bigger picture."

In fact, Lloyd says that volunteering for projects, large and small, is how early careerists can distinguish themselves as those who are willing to grow and widen their perspectives. One caveat, Lloyd points out, is to be sure to “under promise and over deliver” when taking on new responsibilities. To make such opportunities pay off, he adds, it is critical to establish cooperative relationships with peers and mentors who can offer coaching and support.

Lloyd urges early careerists to build these relationships over the long term, noting that he remains in touch with colleagues he worked with over 25 years ago. Lloyd also highlights the importance of taking calculated risks.

“Very early on in my career, I was running hospital operations and was asked, ‘I need to know if you want to run a capitated managed care group, and I need to know by noon today,” Lloyd said.

Lloyd immediately said yes to the opportunity, which he considered a calculated risk. He now credits that decision as leading to the most valuable experience he got early in his career. The take-away message for early careerists: keep an open mind.

“Don’t close yourself off from considering an opportunity because it’s not something you have thought about yet,” he said. “Health care is a complex industry, and the pieces of the system are interconnected.” he explains. Lloyd adds that there are many more entry points into health care management today than when he entered the field.

A final thought for emerging health care managers to consider, Lloyd says, is whether they believe health care is a privilege or a right in an industrialized society.

“Understanding that healthcare is a right is a sorting point for how people approach the rest of their healthcare interactions if they are in a management role,” Lloyd said. “This fundamental concept informs management decisions and design of systems of care."