At Saint Louis University, junior Luke Fava’s aspiration to become an occupational therapist and his passion for theater and music are both allowed to take center stage. 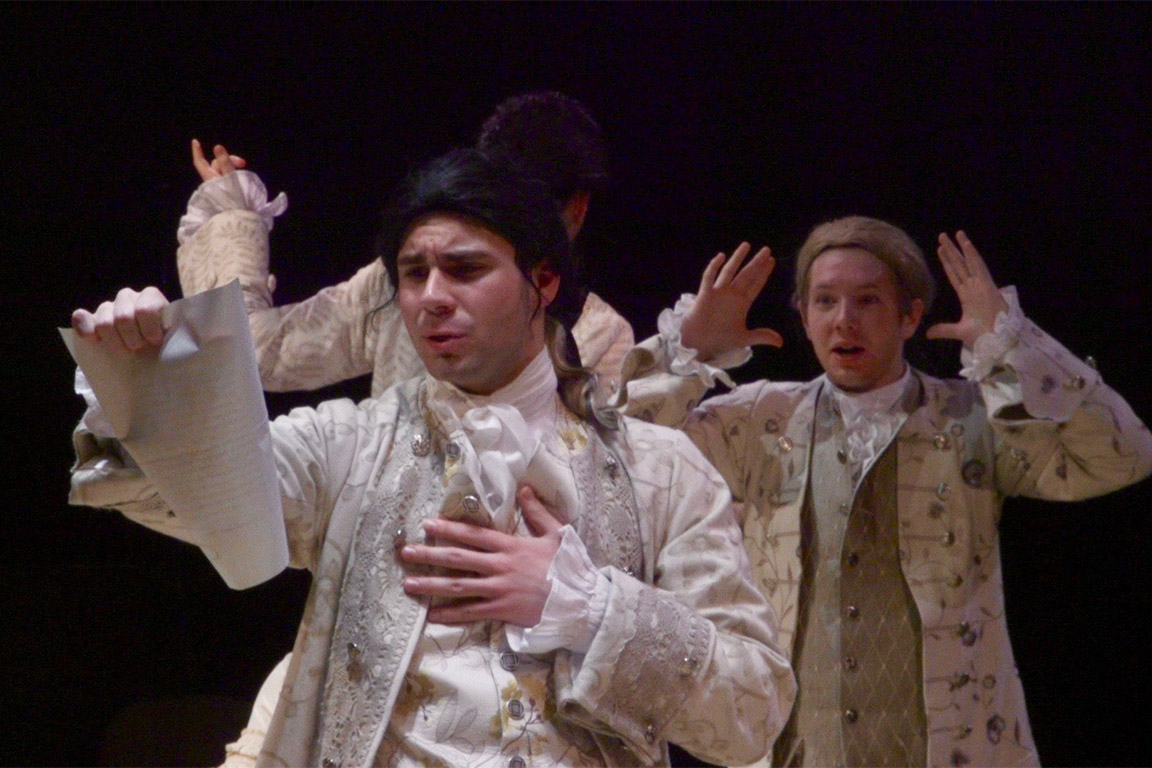 Junior Luke Fava performs as Clitandre in University Theatre's production of "The Misanthrope" by Moliere.

“I’m really fortunate to be able to study here at Saint Louis University,” Fava said. “I’m being prepared in my field of study as an occupational therapist as well as given the opportunity to create and explore things that I’m passionate about.”

Fava said he based his decision to study at SLU on the fact that he could pursue other interests, like theater, while completing the advanced-track occupational therapy program.

Fava, who was looking for a full liberal arts education while pursuing his OT certification, is particularly excited about the coming semester, which focuses heavily on occupational science. But part of any fully-rounded academic college experience for Fava would require being able to continue pursuing his love of theater.

He has already landed and performed roles in the University Theatre’s productions of “The Crucible” by Arthur Miller, “Rhinoceros” by Eugène Ionesco and “The Misanthrope,” Moliere’s 17th-century comedy of manners.

Fava, whose background was primarily in musical theater before coming to college, said his University Theatre roles exposed him to a side of the craft that was more dependent on his physical vocabulary. As a result, he has developed a whole new set of acting skills.

“Once I came to SLU I was totally exposed to this completely different side of theatre that I hadn’t really been acquainted with before,” Fava said.

Fava says his experiences and education in the occupational therapy program and theater are not wholly separate. Since both involve intensive knowledge and manipulation of the body, each has informed new ways of thinking about the other.

What’s more, Fava says the creative and collaborative aspects of creating theater are immensely helpful for occupational therapy, a field that requires extensive interprofessional collaboration and creative approaches to treatment.