It took Saint Louis University alum Erika Klotz (CBS, '12) and a partner just four quarters of a football game to come up with the concept, location and business plan for her newest enterprise, but then, she’s had a lot of practice. 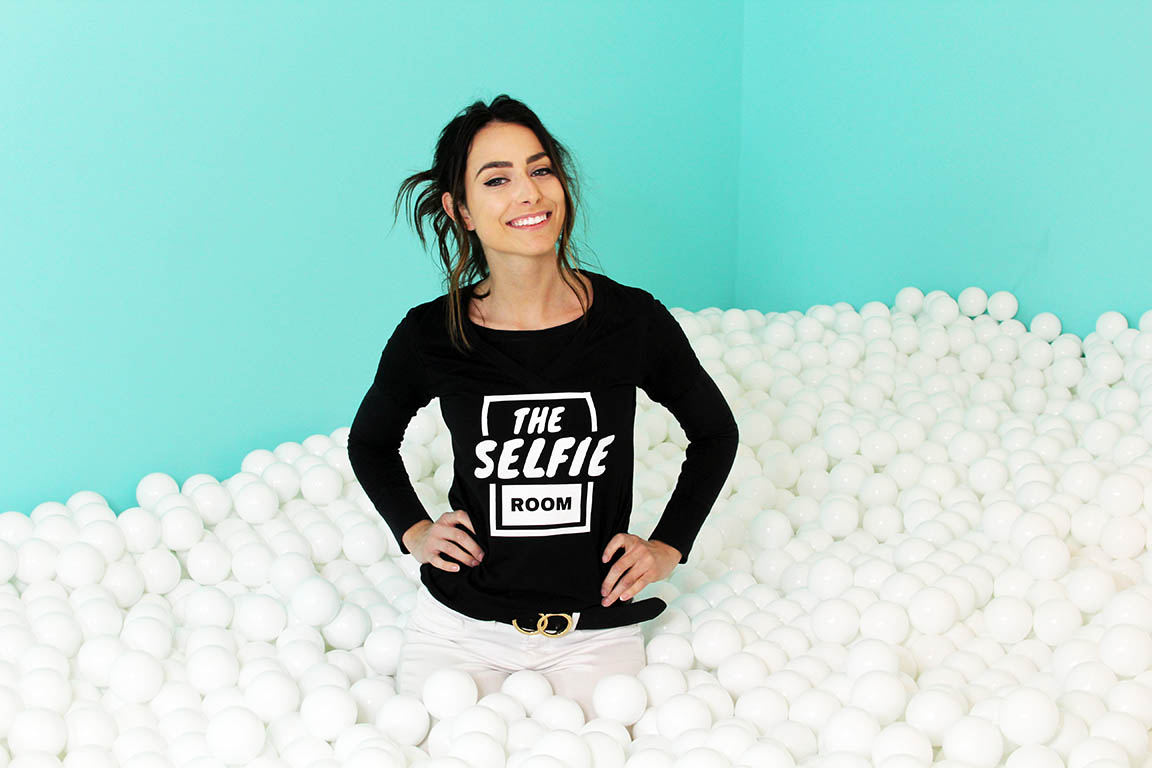 Since graduating from the Chaifetz School of Business in 2012 with a Bachelor of Science in Business Administration, Klotz has been behind three companies, including PopBookings, which in 2015 was named one of the world’s top 20 hottest startups by CNBC.

Her newest endeavor, The Selfie Room, is a series of exhibitions and installations in downtown St. Louis meant to serve as the background of photos, from spur-of-the-moment shots on cell phones to full-blown photo shoots.

“You can just make it your own, and it’s interesting what people are coming up with,” Klotz said. “[People are] thinking outside the box and taking pictures that are just way left field but look super cool. So that is really the point of the Selfie Room: to make content that is original and fun.”

It Started at SLU

Klotz says her entrepreneurial career started at Saint Louis University. Her senior year, she participated in the Chaifetz Center for Entrepreneurship Real Elevator Pitch competition. During the contest, students enter an elevator with real investors and have 30 seconds to pitch them on a concept.

Klotz had been thinking about a business idea already and decided to throw her hat in the ring. She ended up the people’s choice winner and was featured in the St. Louis Post-Dispatch the next day.

“The whole city of St. Louis knew that I wanted to do this business idea, so there was no going back,” Klotz said. “I actually had to go and do it. It was just a really good experience, and I feel like not a lot of universities provide that level of hands-on, real-world touch.”

Preparation for Life After Graduation

Klotz said she has been lucky to find people who have supplemented her talents and interests with theirs. She’s the “marketing maven” on a team, she said, something that blends her education with her entrepreneurial spirit.

“My SLU education really helped me understand the concepts of how to market really anything,” Klotz said. “For me, it’s PopBookings and The Selfie Room, but I was able to take the knowledge I gained at SLU into my entrepreneurial career and apply it.”

In addition to the Real Elevator Pitch, Klotz said hands-on experience she got in the classroom at SLU stayed with her after graduation.

You just have to throw yourself in the water. How else are you going to learn? Trial by fire."

In a sales class, her group did an exercise where they were asked to act as if they represented a local hotel in a pitch to an NFL team. Actual sales executives judged their work and picked a winner, which stuck with Klotz as an example of how to apply skills from her degree in her field.

Her advice to current or prospective SLU students? Take full advantage of the college experience. Join groups, meet more people, get yourself out there. It is going to help you later on in life when you get out into the real world, she said.

“You just have to throw yourself in the water. How else are you going to learn? Trial by fire,” Klotz said. “I’ve raised close to four million dollars with PopBookings from lots of different investors with different walks of life. And to pitch as a younger woman to a bunch of older men, basically, has been… interesting. But I’ve done it. I did it.”