ST. LOUIS (September 9, 2019) – Saint Louis University is ranked among the top-100 national universities in the latest undergraduate rankings from U.S. News & World Report. SLU is also one of the nation’s best values, according to the magazine. 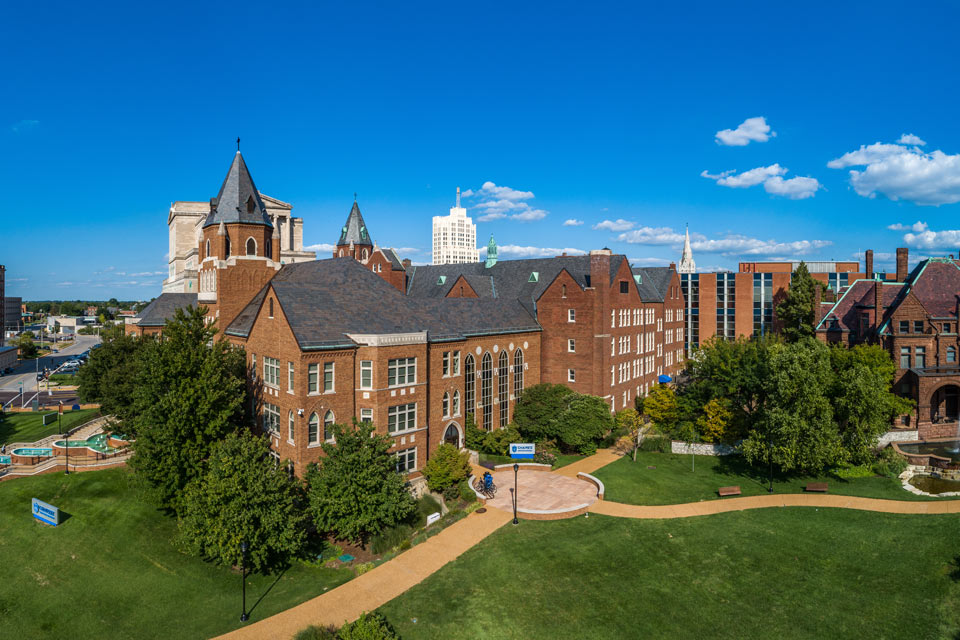 Undergraduate  programs in the Richard A. Chaifetz School of Business, pictured above, were ranked among the best in the nation in the latest U.S. News & World Report rankings.

And in separate rankings out last week, the Wall Street Journal named SLU the No. 7 Catholic university in the nation. That follows a No. 7 ranking among the best Catholic colleges in America by Niche, a website that ranks colleges, schools, neighborhoods and companies.

“These rankings confirm the value of a SLU education,” said Chester Gillis, Ph.D., interim provost of Saint Louis University. “We are pleased to receive this national recognition, knowing that the student experience is the ultimate determiner of our worth.”

These top rankings for education come on the heels of SLU welcoming its largest freshman class in history and celebrating its most successful fundraising year ever.

SLU saw improvements in several criteria U.S. News uses for its rankings, including graduation and retention rates. The University’s peer assessment score, which comes from surveys completed by university presidents, provosts and deans of admissions, also climbed this year.

In addition to ranking in the top 100 in the national universities category, SLU once again made the magazine’s lists for “Best Value Schools” and “Best Colleges for Veterans.”

The University’s undergraduate programs in business and engineering also rated among the best in the nation in this year’s U.S. News rankings, including No. 13 for international business, No. 21 for entrepreneurship and No. 49 for finance.

Saint Louis University was ranked the No. 7 Catholic university in the country in the fourth annual Wall Street Journal/Times Higher Education College Rankings, which were released Sept. 4. In the overall rankings, SLU was ranked No. 121 among 801 U.S. colleges and universities ranked this year.

On its website, the Wall Street Journal said its rankings emphasize “how well a college will prepare students for life after graduation.”

According to the publication, this year’s WSJ/THE college rankings take into account about 174,000 responses from students to survey questions such as whether they think the college they chose is worth the investment they’re making.

Saint Louis University climbed one spot to No. 7 in Niche’s Best Catholic Colleges in America rankings, which were released last month. Overall, the website ranked 164 Catholic colleges and universities this year.

Niche noted that the nation’s top-ranked Catholic colleges are “leading academic institutions that offer students an education and college experience rooted in Catholic traditions and faith.”

The website says it bases its rankings on rigorous analysis of academic, admission, financial and student life data from the U.S. Department of Education along with millions of reviews from students and alumni.