In the coming months, SLUCare physicians and staff will be moving into new and renovated facilities next to the new SSM Health Saint Louis University Hospital, which will open on September 1, 2020. These include a new state-of-the-art clinical practice facility and the renovated former Imagine School Building at Chouteau Avenue and Spring Street, which will house the academic offices of our physicians. 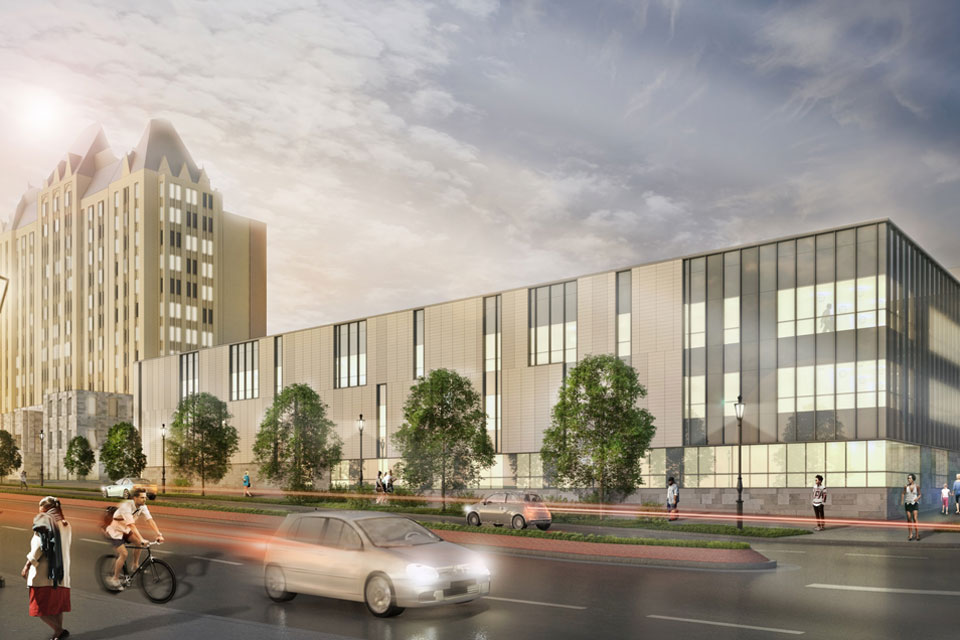 On Wednesday, March 4, the University and SLUCare announced the new permanent names for these two facilities.

The new clinical practice facility, informally known previously as the ACC, has been named The SLUCare Center for Specialized Medicine.  The address will be 1225 S. Grand Blvd.

The renovated building for physician academic offices, formerly the Imagine School Building, has been named the SLUCare Academic Pavilion. The address is 1008 S. Spring Ave.

These names were selected after extensive input and, in the case of the SLUCare Center for Specialized Medicine, a community survey, which included SLUCare patients and family members among the respondents.

In the survey, a list of seven possible names was presented to respondents, which had been developed with the assistance of an internal naming committee. Center for Specialized Medicine was the clear favorite among the 300+ respondents and aligns closely with the cutting-edge health care and research performed at our academic medical practice. The name was approved by both SLU and SSM leadership.

The SLUCare Academic Pavilion was selected from input provided by clinical faculty and chairs. Extensive renovations to the building have taken place over the past year in preparation for the move and opening of the other facilities.

Going forward, these names should be used in communications about the new facilities.

Additionally, SLUCare Marketing will be updating marketing and web content to reflect the buildings’ new names, addresses and phone numbers as we approach the opening of the facilities.  It is recommended that those faculty and staff moving into the new facilities be cognizant of the new names and addresses when ordering new business cards or stationery.