Sarah Thomas and Jen Welter may not be household names. The general public may not know the strides that these two, among many others, are making for equality.

But Thomas and Welter are pioneers in every sense of the word. Last year, Thomas became the first ever female official to take the field in a National Football League game. In the same season, Welter became the first female coach in the NFL. Thomas and Welter are two women on the forefront of dispelling the notion that football is meant to be exclusively a man’s game and are proving that skill and intelligence, not gender, are what get results. 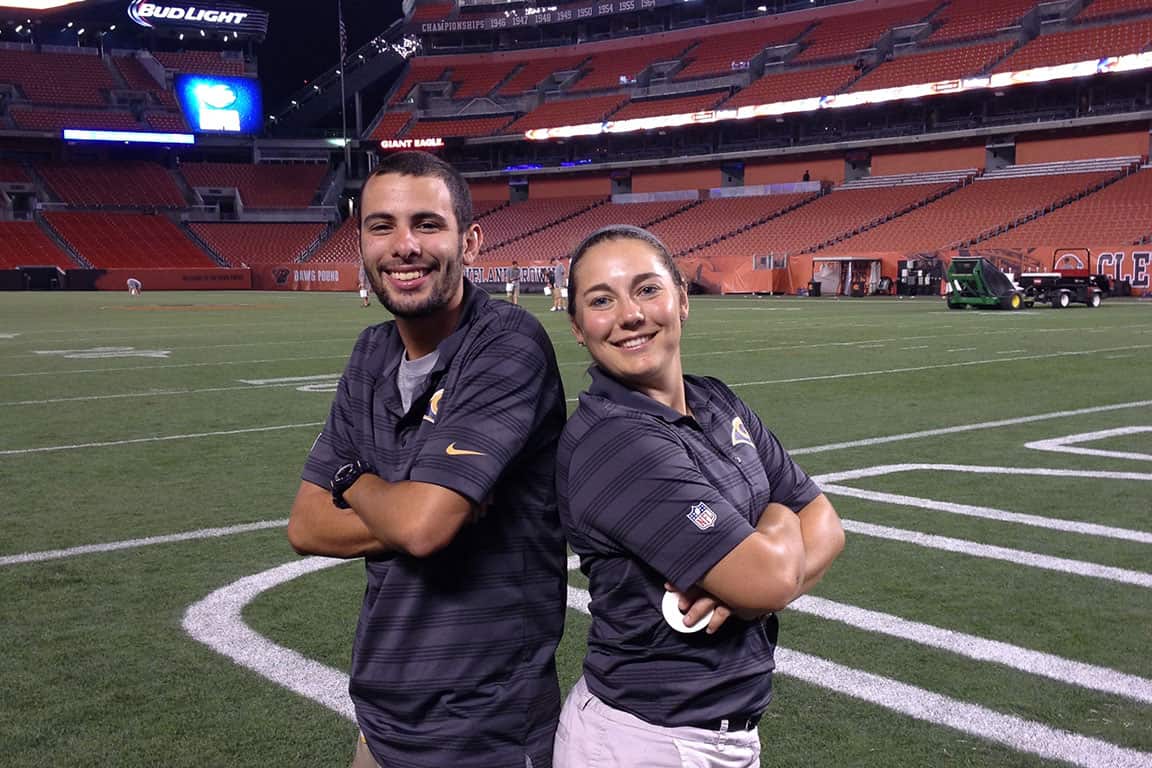 “At first, I did not know how I would be treated in this league,” Stepansky said. “Quickly, I learned that, as long as I could do my job well, I would be treated the same as my male counterparts. I just show up every day with a smile on my face, ready to attack the task at hand. By doing that, I earned the respect of the players and staff across the organization.”

The NFL has had a growing female fan base for years; however, the emphasis on opportunities for female employment in the league has only recently entered the national spotlight. In addition to the female hires that have already taken place, the NFL is exploring the implementation of a rule to increase the number of interviews that females receive for open positions with the league.

Stepansky does not believe that the hiring of females in the NFL is just a passing fad.

"I think this is absolutely a trend that will continue to grow,” she said. “I think the teams and the league itself realized they were pigeon-holing themselves by not looking at more women as candidates for open positions.”

Stepansky also remains grateful for her education at Saint Louis University and how it prepared her to be a successful athletic trainer.

“Aside from the practical athletic training skills, my education at Saint Louis University taught me the importance of being able to take the information that I have and apply it to new situations,” Stepansky said. “As my boss says: ‘Be a problem solver, not a problem creator.’ ”

Anthony Breitbach, Ph.D., ATC, director of Saint Louis University’s athletic training program, was not the least bit surprised to see Stepansky excelling in her role with the Rams.

“Hilary is an outstanding athletic trainer who, in addition to her knowledge and clinical skill, has the ability to take on any challenge with energy and enthusiasm,” Breitbach said. “We are extremely happy she got this opportunity to work with Reggie Scott (Rams director of sports medicine and performance) and the rest of the Rams athletic training staff.”

Whether male or female, player or executive, rookie or veteran – there is one commonality in every member of the NFL community that is clearly evident: A passion for game day.

“Without a doubt, my favorite part of my job is game day,” Stepansky said. “When all of the work has been put in leading up to Sunday, the lights dim, the national anthem plays and the game begins, there is an overwhelming feeling of accomplishment and excitement I get knowing our players are healthy and ready to play at their optimal fitness level.”