Saint Louis University (SLU) Health Information Management (HIM) alumna Kristina Williams was recently honored as one of the St. Louis Business Journal’s 30 Under 30 award recipients – an award that recognizes 30 high-achieving professionals in the St. Louis area under the age of 30. Recipients were honored at a reception held in the Caramel Room at Bissinger’s in downtown St. Louis. Approximately 400 guests gathered to honor this year’s recipients. 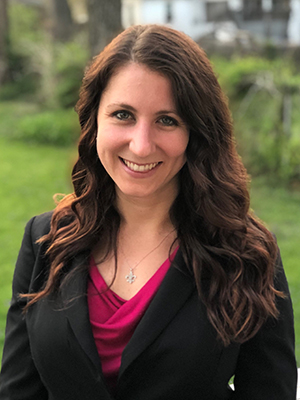 SLU Health Information Management alumna Kristina Williams was recently honored as one of the St. Louis Business Journal's 30 Under 30 recipients.

Williams, who earned her Bachelor of Science in Health Information Management and her Master of Health Administration at SLU, earned the award for her exemplary performance as the Strategy and Business Integration Consultant at SSM Health. In this role, Williams provides assistance to the System Integration Management Office in support of mergers and acquisitions activity while also aiding in the development of strategic and operational improvement recommendations.

Williams had been striving to receive this honor for a while and was very grateful to learn that it had finally happened.

“I was both elated and surprised,” Williams said. “It was a personal goal of mine to just be nominated and I feel honored to have been selected amongst so many other accomplished men and women.”

Williams has accomplished a lot in her role as a strategy and business integration consultant; however, it was in her previous role as a business manager at SLU Hospital that she achieved her professional accomplishment of which she is most proud.

During her time at SLU, her professors knew Williams was setting herself up for a successful future. SLU HIM Professor Emeritus Jody Smith, PhD, RHIA, FAHIMA - who taught Williams while she was an HIM student - spoke about her former student receiving this honor.

“I am so happy that Kristina has received this recognition,” Dr. Smith said. “As a student, it was apparent that she welcomed challenges and had an eye to the future as evidenced by her being on the cutting edge of health informatics and operations.”