As technology brings the world closer together and allows for more and more individuals to have a global platform, Saint Louis University (SLU) Athletic Training Program Director Anthony Breitbach, Ph.D., ATC, FASAHP, wants to make sure that the SLU Athletic Training program, and the profession of athletic training in general, have an opportunity to leave their footprint in the global arena. 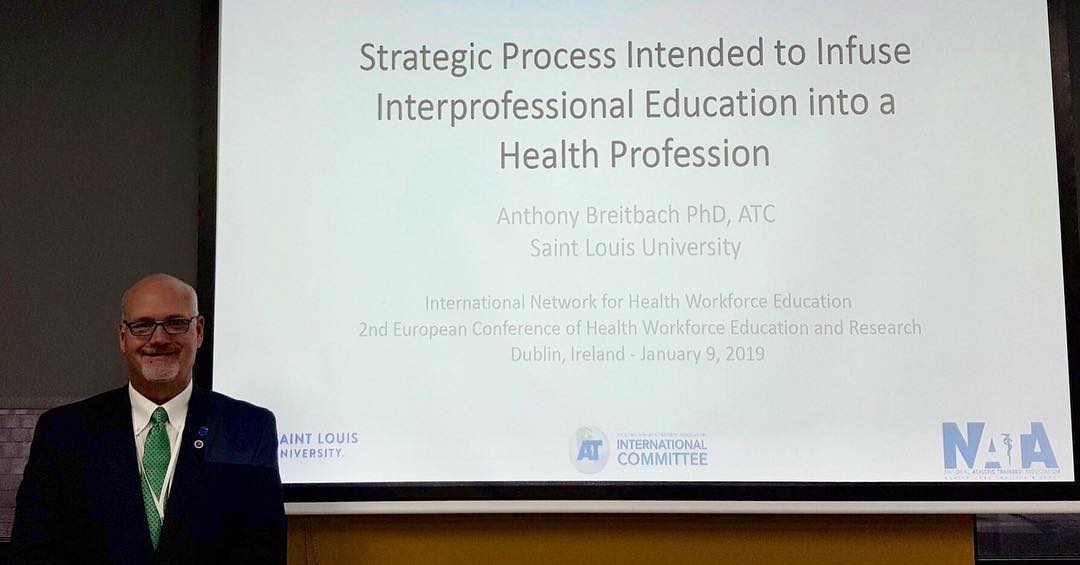 One of the first steps that Dr. Breitbach took for the SLU AT program to boost its international presence was to join the World Federation of Athletic Training and Therapy (WFATT) Academic Institutions Committee in 2014. Not only did this connect SLU’s program with numerous other AT programs around the world, but it also opened the door to Dr. Breitbach being an invited speaker to the 2014 WFATT World Congress in Dublin, Ireland.

Dr. Breitbach was very excited to be able to showcase SLU and the city of St. Louis during these two international events.

“Hosting the WFATT World Congress at SLU provided a great opportunity to engage our university with the national and global athletic training and therapy community,” Dr. Breitbach said.

SLU’s international campus in Madrid, Spain has also allowed Dr. Breitbach to bolster the presence of the university’s Athletic Training program by offering a Madrid Track of study, in which athletic training students can spend two years studying in Madrid as opposed to the more traditional one semester abroad. In addition, the SLU Athletic Training program has clinical exchanges with Athlone Institute of Technology in Ireland and Universidad Camilo Jose Cela in Spain. 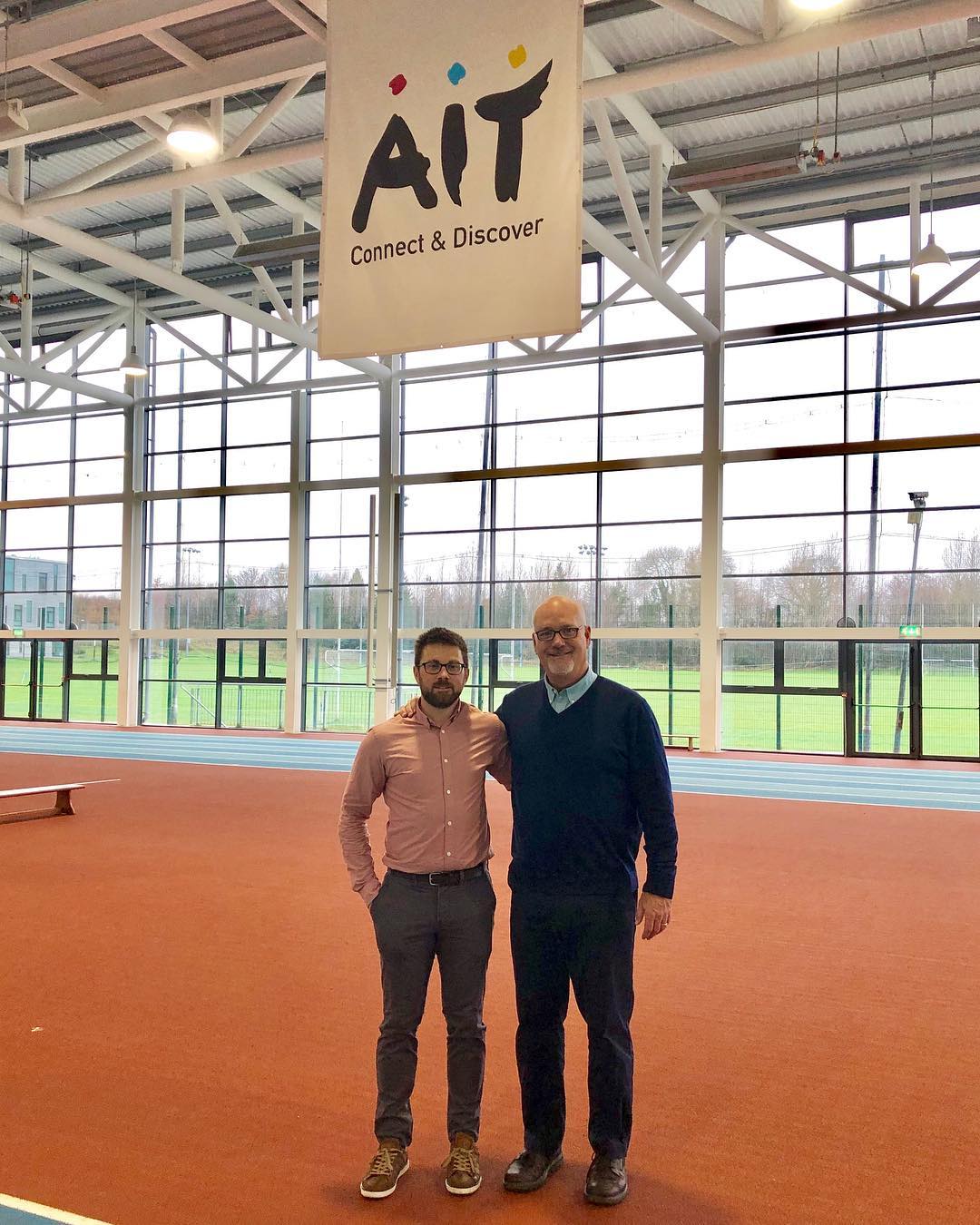 Dr. Breitbach (right) with the Athletic Training Program Director of the Athlone Institute of Technology (left) in Ireland.

Dr. Breitbach’s efforts on an international scale are not limited to the athletic training profession; he is also a leader in the field of interprofessional health care research and education. Dr. Breitbach has given peer-reviewed presentations on the topic of interprofessional education at international conferences including: All Better Together conferences in Pittsburgh, PA (2014) and in Oxford, United Kingdom (2016); Collaborating Across Boarders conferences in Vancouver, BC (2013), Roanoke, VA (2015), Banff, AB (2017) and Indianapolis, IN (2019); and the International Network for Health Workforce Education conference in Dublin, Ireland (2019).

“Interprofessional education provides our students the opportunity to learn about, from and with other future health professionals in order to improve collaboration with the overall objective of enhanced health outcomes for persons, communities and society,” Dr. Breitbach said.

For years, Dr. Anthony Breitbach has been working to keep Saint Louis University Athletic Training on the forefront of the international healthcare education landscape. As the world becomes more and more interconnected, this work will become even more important as athletic trainers, and healthcare professionals of all types, work to improve the lives of persons everywhere.