Service to others and a drive to improve society are two foundational aspects to Saint Louis University (SLU), other Jesuit universities and other religious higher education institutions. For 16 years, the Opus Foundation has worked to empower individuals and groups attempting to improve the world around them by awarding a $1 million and two $100,000 prizes annually to groups with amazing faith that are creating long-term solutions involving poverty and injustice. 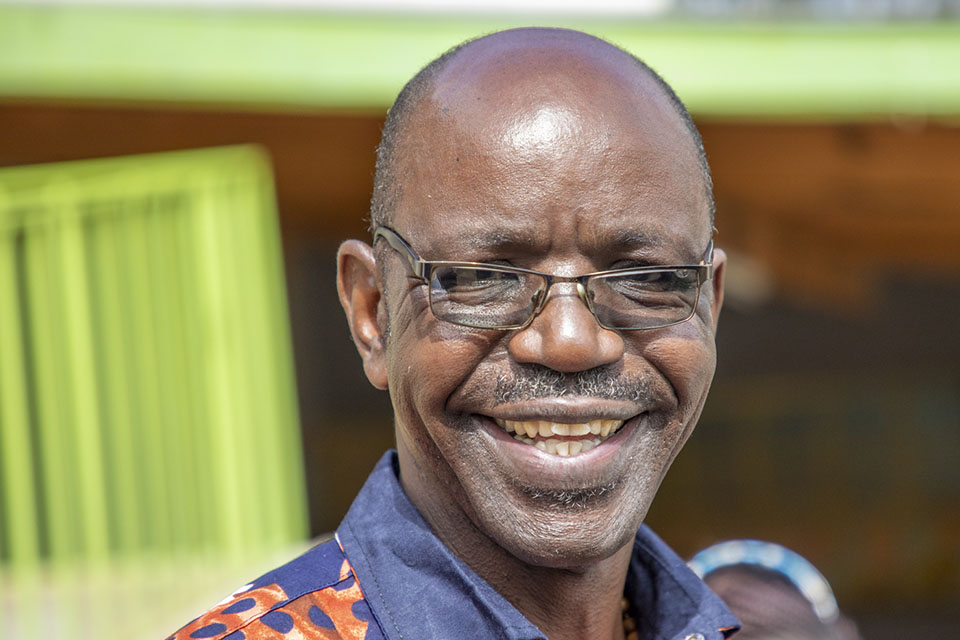 Brother Charles Nuwagaba, Provincial Vicar of the Bannakaroli Brothers of St. Charles Lwanga and finalist for the 2019 Opus Prize.

The Opus Prize is a faith-based humanitarian award, recognizing leaders and organizations that develop creative solutions to some of the world's most pressing problems. The prize is awarded in partnership with Catholic universities, providing new opportunities to inspire the next generation of servant leaders. In 2019, SLU had the honor of partner and host university for the Opus Prize award and celebration. In late November, the Opus Prize finalists spent a week on SLU’s campus sharing their organizations’ missions with not only the Opus Prize jury, but with the SLU and St. Louis community as well. The week culminated with Sr. Catherine Mutindi of the Democratic Republic of Congo being awarded the $1 million Opus Prize for her organization’s (Bon Pasteur) work to empower at-risk females and victims of human rights violations including trafficking and sexual exploitation.

While the celebration and awarding of the Opus Prize took place in the fall, SLU had the opportunity to send ambassadors to the finalists in the spring to find out more about the organizations and engage with the finalists and their communities. Nutrition and Dietetics Senior Margaret Kirsch was one of the students selected to be an ambassador; she had the opportunity to travel to Nairobi, Kenya and visit the Bannakaroli Brothers of St. Charles Lwanga. This group operates a primary school and vocational education program for hundreds of students on the edge of one of the largest slums in Africa.

Kirsch knew right away that she wanted to be involved in the Opus Prize process after finding out SLU was the partner university.

“When I first saw the application for the Opus Prize Ambassador position, I immediately was interested and wanted to apply,” Kirsch said. “There are unsung heroes all over the world, and this organization recognizes these humble and selfless individuals in a way that truly makes a difference.” 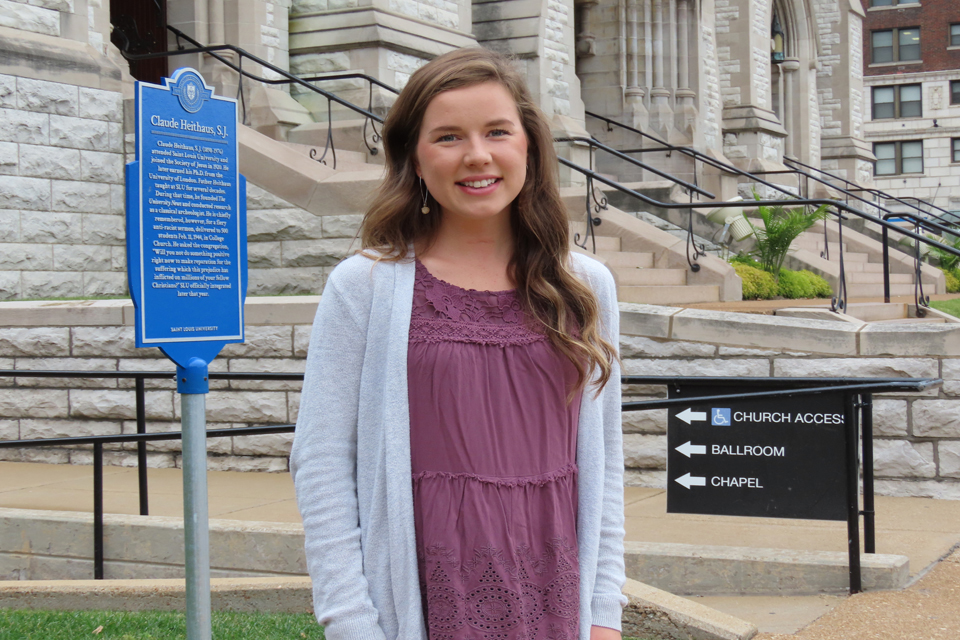 After arriving in Kenya, Kirsch was shown around the school and the community by one of the leaders of the Bannakaroli Brothers – Provincial Vicar Brother Charles Nuwagaba. Kirsch was struck by the care and compassion that Brother Charles put into all of his work.

“He emphasized giving dignity and hope to those in need, and how faith leads to hope which then leads to change,” Kirsch said. “He related with the children and encouraged and praised them. When we walked through the Kibera slum and visited the home of one of the students, he took time to tell the mother what a wonderful job she is doing raising her children and encouraged her to consider the vocational training programs so she can help provide for her family as well.”

Kirsch explained how having this opportunity to be an ambassador for the Opus Prize and visit places like the slums outside of Nairobi, Kenya has had a profound impact on her life.

“The disparities I witnessed are hard to sit with, but I try to allow these truths to motivate me in how I live my life,” Kirsch said. “I remind myself not to take the opportunities I have been blessed with for granted. I am learning now so that I may give back going forward.”

The third 2019 Opus Prize finalist (accompanying the previously mentioned Catherine Mutindi and Charles Nuwagaba) was Michael Fernandez-Frey of Puerto Rico, who founded the organization Caras con Causa (Faces with a Cause). This organization serves economically poor families near the bay of San Juan, focusing on children’s education and restoring the wetlands after being damaged by a devastating hurricane.

While only one group was able to receive the $1 million dollar prize, all three finalists are doing incredible, life-changing work. As the Opus Foundation states: Opus Prize finalists are leaders who carry an unshakable faith, believing the problems they see around them not only can be solved – they will.