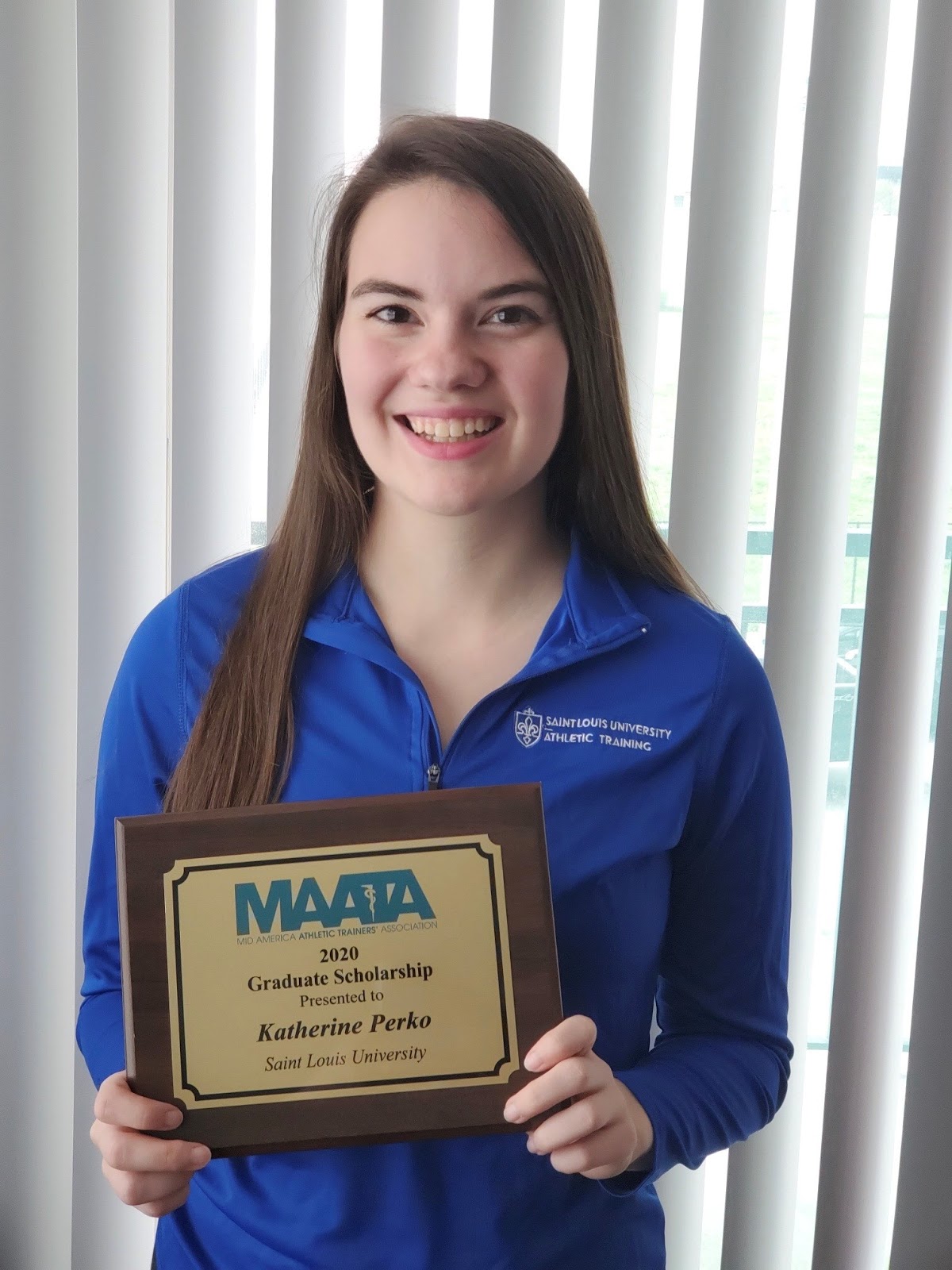 While Perko knew it was possible to receive both awards, she was not necessarily expecting to do so.

“Finding out I was awarded both scholarships was exciting and surprising. I applied for multiple scholarships this year but tried not to get my hopes up too much after submitting each application,” Perko said. “I was really happy when I opened the email saying I was being awarded the MAATA scholarship.”

As it is a national organization, Perko was even more surprised to learn she had been awarded a NATA scholarship.

“NATA scholarships are very competitive, so I was preparing myself to not see my name on the list as I opened the email. After I saw my name was listed, I was very excited and I emailed my professors who helped me with the application to thank them,” Perko said.

SLU AT Program Director Anthony Breitbach, Ph.D., ATC, FASAHP, was thrilled to hear Perko had won both awards and thought she was a very deserving recipient.

“Kate Perko is an outstanding student who is engaged in multiple activities across campus; she is truly a person for others in the Jesuit tradition,” Dr. Breitbach said. “Receiving both the NATA and MAATA scholarships is a great achievement for Kate and our program.”

After graduation, Perko has her sights set on taking a unique path as an athletic trainer to work in a field that has been her passion for a long time.

“I would like to work in a performance arts setting,” Perko said. “I have danced all my life, so I have a good understanding of the mentality of that world. That experience and my education from SLU’s AT program gives me a unique perspective to bring to caring for performing artists.”