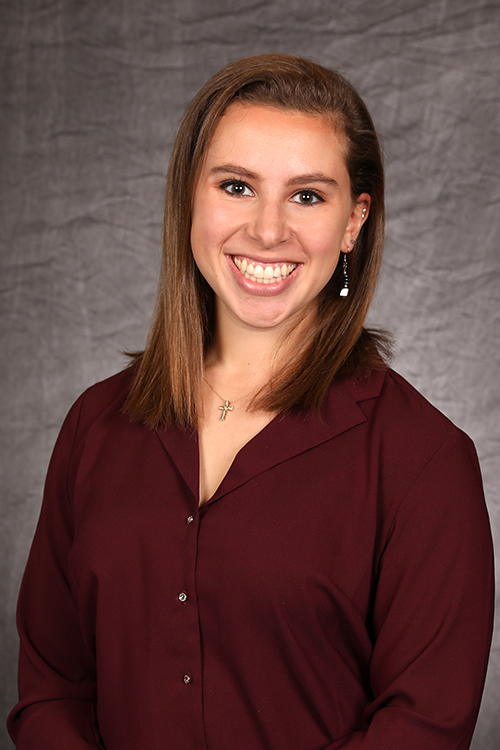 SLU AT student Madelyn Cavanaugh was recently announced as the recipient of three prestigious scholarships and the next Chair of the NATA Student Leadership Committee.

Cavanaugh was hopeful, but was not expecting to be awarded a scholarship, let alone three different scholarships.

“I was very shocked to find out I had gotten a scholarship in the first place, then finding out I received all three of these was out of this world,” Cavanaugh said. “While receiving a scholarship is great, it is even more humbling to receive the award and recognition.”

“I’ve been able to create so many wonderful connections this year by serving on the NATA Student Leadership Committee and the District 5 Student Leadership Council,” Cavanaugh said. “The progress that has been made in these committees with such a short amount of time speaks to the rigor that the students across the district and nation work with and to the standards to which everyone holds themselves.”

“Through her actions, Maddie lives out our common Jesuit traditions; she is dedicated to professional development and advocacy for the Athletic Training profession and the persons/communities we serve,” Dr. Breitbach said. “We are proud of her engagement and leadership and look forward to her future growth and career impact as a health professional.”