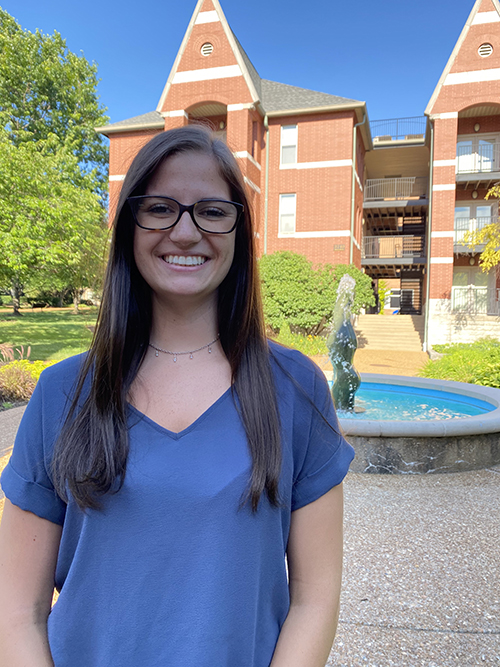 The ASCP Laboratory Student Scholarships are awarded to academically high-achieving laboratory students. The ASCP has over 100,00 members and works to unite pathologists, medical laboratory professionals, residents, fellows and students to help advance laboratory medicine. Through laboratory student scholarships and other grants and awards, the ASCP intends to give out over $500,000 in awards this year.

Gambino was thrilled to learn that she had been named the recipient of both the ASCP and ASCLS scholarships.

“When I received word that I was awarded both scholarships, I was quite surprised and of course very excited. Getting one scholarship is a huge honor and to get both is an even bigger honor,” Gambino said. “These are two important professional societies that I have been a part of for two years now and I have hopes to gain leadership opportunities through them as I become a professional. Receiving both of these scholarships is very special to me.”

While she was only able to attend the ASCLS annual meeting virtually, she appreciated being recognized in front of peers and professionals.

“It was exciting to have my name called out in front of everyone. It made me feel like my hard work was being recognized,” Gambino said. “It was a great feeling and I was very excited about the accomplishment.”

“Kelly’s accomplishments are a testament to her drive, intelligence, kindness and passion. Her academic prowess and substantial work ethic help her succeed in whatever she chooses to do,” Reed said. “She has a natural ability to teach, to communicate her passion for the MLS profession and to advocate for herself and others - that will greatly serve her and the MLS profession. She is a powerhouse and I believe that she will go on to accomplish great things.”