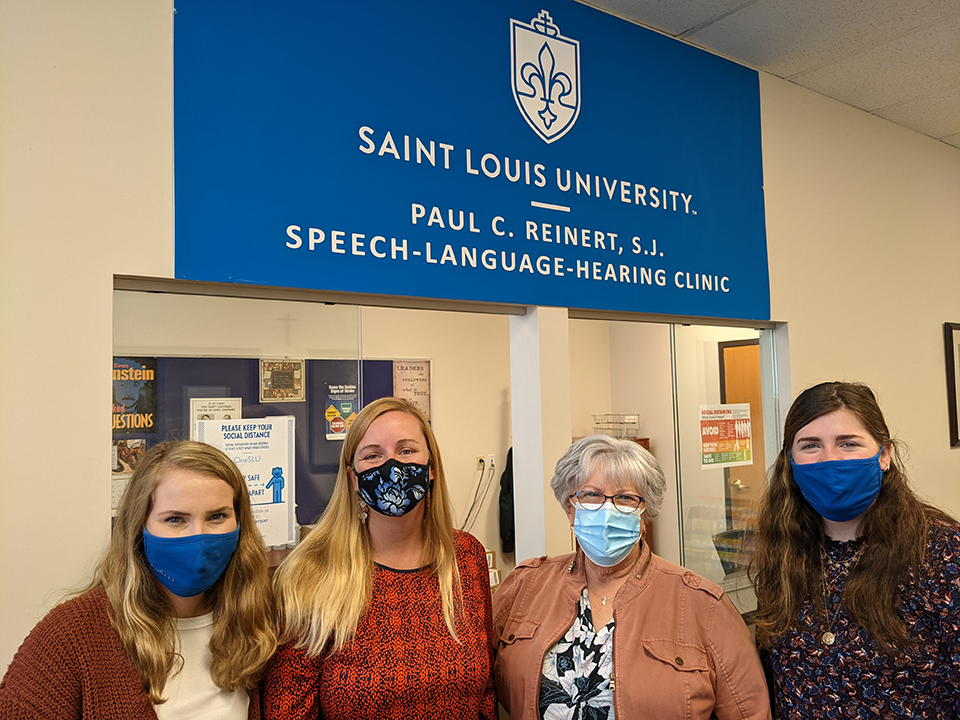 Each year, one child patient and one adult patient are named Ambassadors of the Year and are presented with the award at the MSHA Annual Convention. Patients are nominated for their positive approach to their treatment and awardees go on to represent the thousands of individuals in Missouri who have communication difficulties.

Aguado was thrilled to find out she had been named Ambassador of the Year. She is very grateful to all of the doctors, audiologists and speech-language professionals who have helped her along her journey and is eager to be an ambassador to those who think they can benefit from hearing-related treatments and aural rehabilitation therapy.

“I feel like I can help other people who are thinking about getting a cochlear implant but are afraid to do so. When you get the surgery, it is frightening because you don’t know how you are going to function in the real world with the new sound,” Aguado said. “Being an ambassador, I can tell you what it’s like to be a client, I can give words of wisdom and encouragement. Saneta Thurmon has been phenomenal – she makes me work at it. That’s what I need and a lot of people need: encouragement and empathy to go further.”

As Aguado works to perfect her hearing with her implants, she explains how the environment at SLU’s Reinert Clinic has been welcoming and inspiring.

“Having both professionals and students working with me in the clinic has been amazing. I’m here to learn, the students are here to learn and to teach me, and the instructors are here to teach and to reinforce the patient’s ability to work hard and perfect their hearing,” Aguado said. “My sister was a student in the Communication Sciences and Disorders department at SLU in the 1970s, so she knows what I’ve had to go through. My family, not just my blood family but my SLU family as well, hold a very special place in my heart.”

Alexandra Bruce was thrilled to hear Aguado had been named Ambassador of the Year, believing it was a well-deserved honor for her.

“It was amazing,” Bruce said. “It felt like such an honor to have a client who I was working with as a student clinician achieve the ambassador award. She is the most deserving, hardworking individual.”

Molly Schultz explained how having the opportunity to work with Aguado has been just as rewarding for her as a student as she hopes it has been for Aguado as a patient.

“Working with Margie in the clinic has been so fun and educational. She has such an uplifting spirit that you feel right when she walks in the room; our sessions are full of laughter and smiles,” Schultz said. “Margie works so hard and dedicates so much time to her aural rehab. She has been able to help Alex and I learn so much so quickly. Margie and Professor Thurmon are some of the best people to learn from.”