Michael Kidd-Gilchrist – nine-year NBA veteran, second pick in the 2012 NBA draft and part of a national championship basketball team at the University of Kentucky – recently spoke to students from the Saint Louis University (SLU) Speech, Language and Hearing Sciences (SLHS) department about his journey through life as a person who stutters and the importance of his relationship with his speech-language pathologist (SLP). 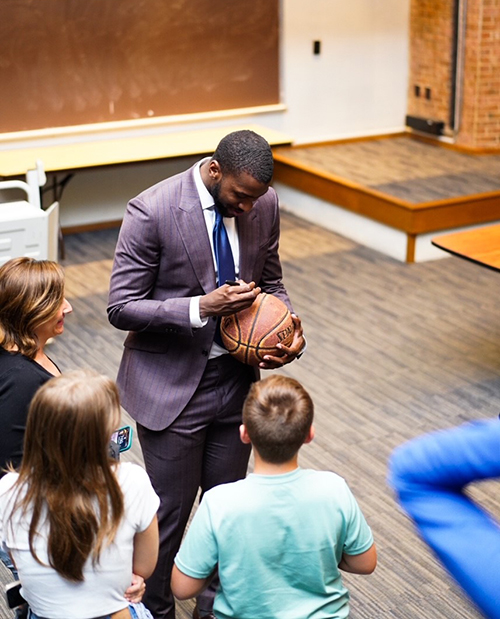 In addition to talking about his own experiences, Kidd-Gilchrist introduced the mission to his new foundation: Change and Impact. Change and Impact seeks to improve access to healthcare and expanding services for people who stutter. In April, Change and Impact met with Missouri Senator Roy Blunt to discuss legislation that could potentially help the many people living with a stutter today.

SLHS graduate student Erin Losin heard of Kidd-Gilchrist’s story through the National Student Speech Language Hearing Association and reached out to his agent about talking with SLU SLHS students.

“The work that Michael is doing with his Change and Impact initiative is so important and much needed in our society,” Losin said. “He is working hard to remove the barrier to accessing health care services like speech therapy. Not only does Michael share his experience as a person who stutters with people all across the country, but he is also dedicated to being an advocate for others as well.”

Losin went on to explain how hearing Kidd-Gilchrist’s story was a good opportunity to reflect on the reasons she wants to be a speech-language pathologist.

“It was great to hear Michael’s testimony and get insight into his experience as a person who stutters. Hearing the personal stories of those with communication disorders, like Michael, helps me understand what my clients are going through,” Losin said. “It allows you to better understand the perspective of your clients and their life experiences as individuals with communication disorders. It was a privilege to hear Michael’s story and it helped remind me why I want to be a speech-language pathologist.” 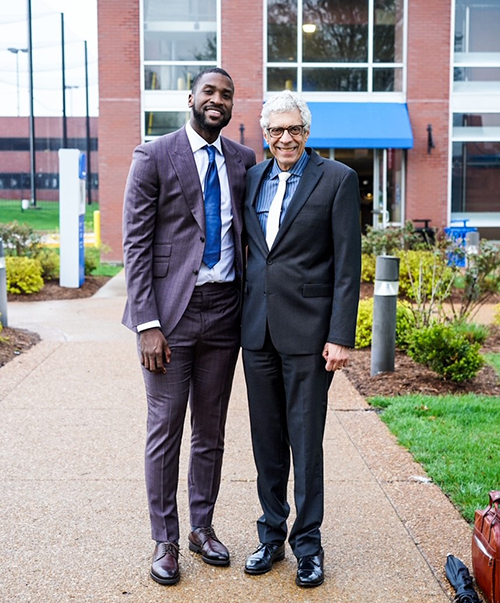 Follow the Change and Impact Initiative to keep up with the advocacy work that Kidd-Gilchrist is doing for individuals living with a stutter in the United States.