The Professional Achievement Award recognizes those alumni who exemplify the mission of Saint Louis University in their daily lives. They have achieved outstanding success in their professional fields, bringing credit to the University and benefit to their communities. This award honors alumni who graduated from 2001 to 2011. 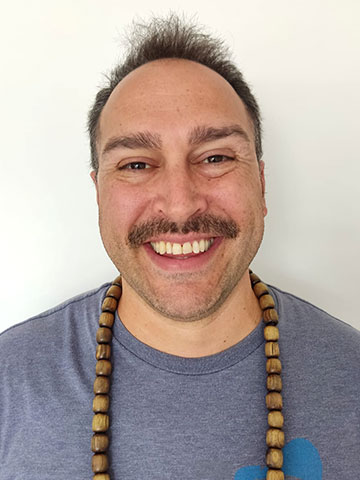 The primary focus of nearly all of Rodrigo Urbina's career has been helping other people. He is the director of the Red Cross Emergency Attention Center in Tenerife, helping refugees throughout one of the biggest migration crises Spain has ever faced.

As a sergeant in the U.S. Army stationed in Iraq, Urbina fell in love with volunteering. After leaving the army, he came to Saint Louis University-Madrid to obtain his degree in International Business. While studying, he volunteered to teach English in Ethiopia: in Ignatian terms, this was his cannonball moment. After graduation, he worked in the business world for Cobra and then for Randstad, but — despite the financial benefits — did not enjoy it, and soon found his way back to SLU-Madrid to work in the Student Life office. He helped boost the service and volunteer opportunities offered by the campus, and directed the annual service trip to Zway, Ethiopia. His time and duty at SLU-Madrid helped many students get out of their comfort zone to help people in their community and beyond. He bid SLU-Madrid farewell to be the director of Student Life at NYU, a job he excelled at, but eventually decided to leave to accompany his wife, who had been offered a dream job in Tenerife. Witnessing the migration tragedy occurring in the Canaries, he volunteered for the Red Cross, and was later offered directorship of the Centro de Acogida. He is currently studying oposiciones (public service exams) to work with inmates in the national penitentiary system.

Urbina is a true man for others, whose compassion and servitude shines through in his professional achievements.