Cameron Anglum, Ph.D., an assistant professor in the educational studies department in Saint Louis University’s School of Education, has a rather unique and circuitous path which led him to his current position.

As an undergraduate student, Anglum studied economics at the University of Pennsylvania, which allowed him to apply his “quantitative inclinations to issues in international markets and applied financial analysis.” His time in Philadelphia, coupled with his growing up in and around New York City, motivated his “overarching personal and professional interests in the juxtaposition of the vibrancy characteristic of [those] diverse places and the tremendous inequality characteristic of their populations.” After graduating, he pursued an analyst position in investment management at a Wall Street bank during the heart of the Great Recession—an experience which allowed him to sharpen his “quantitative skillset during enormously challenging and volatile economic circumstances.” 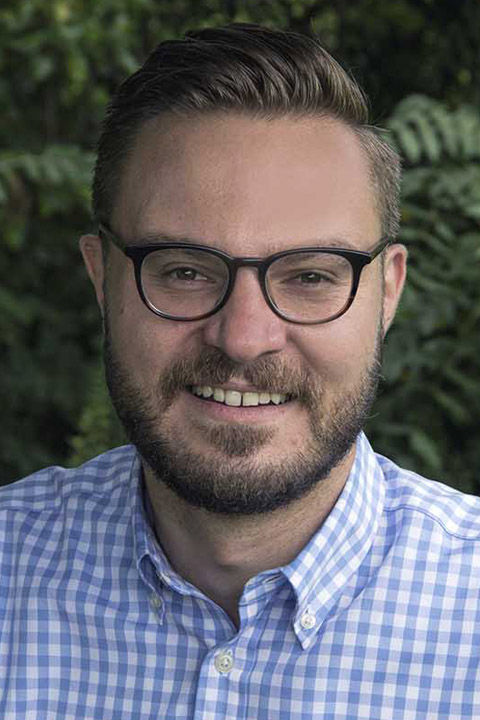 Years later, Anglum began to think more deliberately about his long-term career options and the impact he wanted to make through his profession, stating: “I began to understand that the career path I likely would find most fulfilling was one where I could combine an analytical focus with work focused on inequality. One primary mechanism to achieve more equitable life outcomes is through the robust provision of public education. At that point in time in Philadelphia, the city’s school district faced a massive budget shortfall, impending mass school closures, and a long-standing school dropout problem. To gain first-hand experience of city initiatives to improve these issues, I pursued a position at the Mayor’s Office of Education, an opportunity that provided first-hand policy experience.”

Through his position with the Mayor’s Office and subsequent work at an urban-focused research institute, Anglum developed a passion for policy analysis focused on inequality. He returned to the University of Pennsylvania to pursue a Ph.D. in Education Policy, consisting of rigorous training in applied quantitative analysis focused on applied econometrics. He stated that “this work enabled me to pursue research focused on inequality in school funding, disparities in school discipline practices, and mechanisms to invest in school infrastructure, each focused in particular on the outcomes experienced by historically disadvantaged student populations.” At Saint Louis University, he has been able to expand this content emphasis, and remains focused on issues in inequality.

In sum, I am tremendously fortunate to come to work every day to conduct research focused on inequality in education and to mentor students to improve in their abilities to do the same at such a supportive institution in SLU.

Anglum explained that there were three aspects of SLU which attracted him, the first of which was the University’s broad interest in “expanding and improving its focus on applied research,” and consequential support of faculty and student research projects. He also cited the development of the education policy and equity program as a major factor, stating, “I am very excited to help shape the development of the program as the faculty seeks to train new generations of education policy researchers focused on equitable student and community outcomes.”

Lastly, he described both the University’s and the School of Education’s focus on making an important impact on local issues, saying that much of his current research is focused on education policy issues in Missouri, which he hopes will have a positive impact on local education outcomes and broader concerns in local social policy.