The School of Education and the Office of the Vice President for Research are pleased to announce the fall 2019 Saint Louis University Education Speaker Series. Four esteemed guest lecturers will give presentations regarding current topics in the fields of education policy and research. 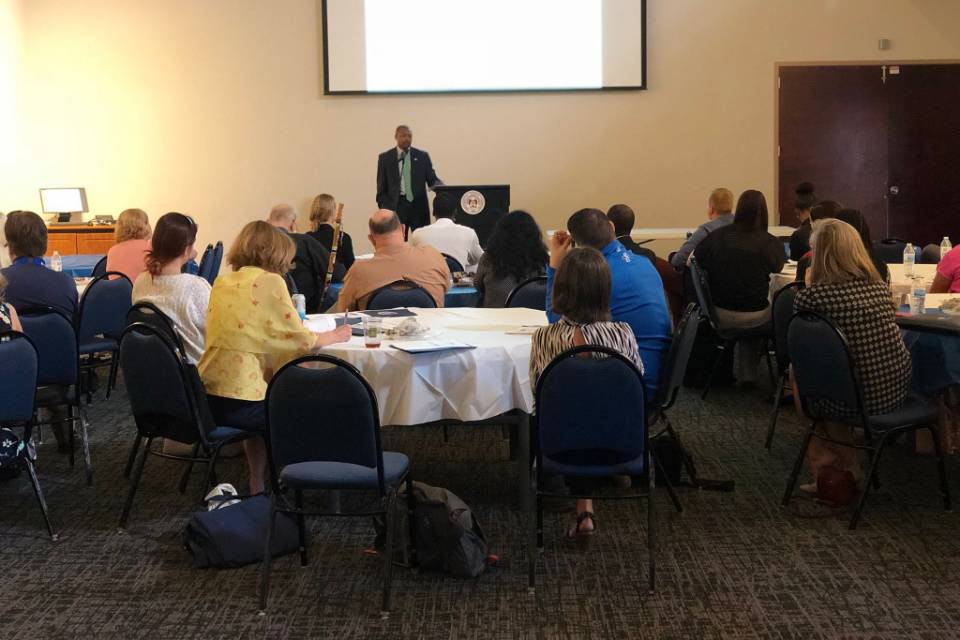 The fall 2019 series will kick off with Loretta Prater, Ph.D., an author, retired professor of family and consumer sciences, and former dean of the College of Health and Human Services at Southeast Missouri State University. Her lecture will address the social justice issues that are discussed in her book, “Excessive Use of Force: One Mother’s Struggle Against Police Brutality and Misconduct.” She utilizes research reports and numerous case examples, including the personal case of her son, to bring these unsettling and difficult topics to light. Prater will visit SLU on Thursday, Sept. 12.

One highlight of the fall series is a set of events co-sponsored by the School of Education and SLU Alumni Relations in October.  SLU alumni and local educators are invited to campus on Thursday, Oct. 17 at 5 p.m. for a talk by Howard Fuller, Ph.D.

Fuller, a civil rights leader in education for several decades, will present on the topic of “Why We Need Committed and Talented Educators in Urban Schools (more than ever).”  This talk will be followed by a happy hour for SLU SOE alumni and all attendees.  Co-sponsored by SLU Research, Fuller will discuss, “An Examination of the School Choice Debate through a Social Justice Lens” during the lunchtime lecture series at 11:30 a.m. on Oct. 17, as well.

Fuller’s acclaimed career includes many years in both public service positions and the field of education. He is a distinguished professor of education and is both the founder and director of the Institute for the Transformation of Learning at Marquette University. The Institute’s mission is “to support exemplary education options that transform learning for children, while empowering families, particularly low-income families, to choose the best options for their children.” In line with this mission, Fuller has been advocating in support of quality education opportunities for almost 30 years through his various positions, and he has become nationally known for his unending support of fundamental educational reform. He has received numerous awards for his efforts, including four honorary doctorate degrees.

On Nov. 15, SLU will host School of Education alumna, school superintendent, national educational speaker, author and SLU National Alumni Board member, Tiffany Anderson, Ed.D. Anderson earned her undergraduate degree and her Ed.D. in Educational Leadership from Saint Louis University. Anderson serves as the first African American female superintendent of Topeka Public Schools in Kansas, home to the landmark Brown v. Board of Education Supreme Court ruling in 1954 which ended legal racial segregation in schools. Anderson has been a public school superintendent for most of her 26 years in education. Anderson led the turnaround in Jennings, MO resulting in the district moving from failing to becoming accredited with distinction. She led the opening of the SPOT in Jennings, which is a school based comprehensive health clinic and she implemented a model trauma informed curriculum. She has been widely recognized internationally by education organizations and media outlets like the Washington Post and Aljazeera for her ability to improve educational systems and close achievement gaps. Two docuseries were filmed about Anderson’s work, one of which aired on the cable channel network A&E throughout 2018. Anderson has received a variety of prestigious honors, including earning national recognition from Education Week as one of the national 16 Leaders to Learn From, a Lifetime Achievement award from President Barack Obama for volunteerism, the Salute to Excellence for Women award by the Urban League, the Stellar Performance award by the St. Louis American, and the St. Louis Business Journal’s award for diversity in business. An Aljazeera video featured Anderson’s turnaround work in Jennings, Missouri.

John Pijanowski, Ph.D., a current professor and former administrator with 25 years of experience as an educator, will close out the fall 2019 series with a lecture on December 3, 2019. Through his position with the College of Education and Health Professions at the University of Arkansas, Pijanowski regularly teaches classes in the educational leadership program and has created several ethics courses including The Moral Mind in Action, Moral Courage, Teaching Character, and Leadership Ethics. Pijanowski’s areas of expertise and research include ethics education, school leadership, and mindfulness and meditation in education. He also led a National Science Foundation funded effort to develop ethics curriculum and teaching guides for future scientists and educators.

The objective of the speaker series is to generate discussion and promote interest in issues related to education policy and to create an opportunity for SLU faculty, students, alumni, and community members to interact with leaders in the field of education.

Email slued@slu.edu to be placed on the email list for the speaker series.