The School of Education is pleased to name Alice F. Roach, Ed.D. the recipient of this year’s Alumni Merit Award. 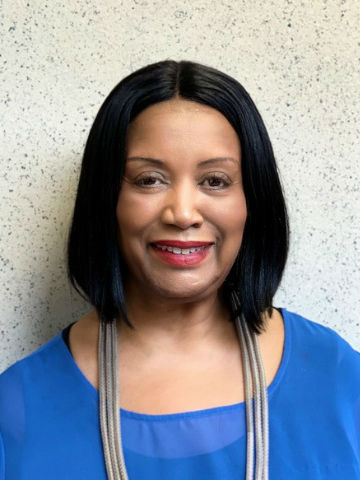 The Alumni Merit Award was established by the President and administrative officers of Saint Louis University to recognize distinguished SLU graduates for their outstanding achievement, dedication to their profession, and commitment to SLU’s mission.

Roach received a Bachelor of Science in Elementary Education from Southeast Missouri State University in 1972. She earned a Master of Arts in Counseling from the University of Missouri—St. Louis in 1975 and her doctorate from Saint Louis University in 2006.

I am honored by this recognition."

For more than forty years, Roach has served the St. Louis Public School District in positions of increasing responsibility, including teacher, guidance counselor, instructional coordinator, assistant principal, principal, executive assistant to the superintendent of schools, and chief of staff.

Roach served as principal of Marquette Visual and Performing Arts Middle School. Under her leadership, the school was honored as a Missouri Gold Star School. She next served as principal of Carr Lane Visual and Performing Arts Middle School from 1993-2004, when she was named Executive Assistant to the Superintendent. In 2006, Roach became the founding principal of Carnahan High School of the Future, a small-school concept high school with a focus on technology-based teaching and learning. During her four-year tenure, student attendance rose from 55 to 95 percent. She returned to central administration to serve as Chief of Staff until her retirement in 2013.

Since 2013, Roach has served as Administrative Director of the Parsons Blewett Memorial Fund, a traditional scholarship, benevolent, and professional development fund for educators of the St. Louis Public School District.

Roach has received national recognition for her work in the St. Louis Public School District, including being honored as a 2008 MetLife Ambassador in Education—an award bestowed on only 25 educators across the country. Additionally, the St. Louis American Foundation honored her with the 2015 Lifetime Achiever in Education award. The SLU School of Education is honored to name Roach the 2020 Alumni Merit Award recipient.