In 1997, St. Louis Catholic school educators recognized a need to serve academically talented middle school young men from families struggling with socio-economic obstacles. Through the work of Fr. Paul Sheridan, S.J., John Vatterott, Rusty Hager II, and Steve Doss, along with countless other individuals, Loyola Academy opened its doors in 1999, offering an extended year program dedicated to serving the whole student through a small student body of middle school young men as well as offering support for their alumni during all four years of high school. Students receive services such as health care, recreation, tutoring, and mentoring that support them and their family in middle school and high school. 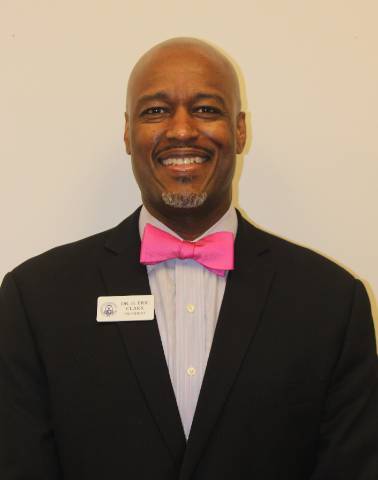 When Fr. Sheridan asked him to lead Loyola Academy, Clark knew he needed a deeper knowledge of Catholic school administration so he joined Saint Louis University’s doctoral program for Catholic school leaders. John James, Ed.D. recalled working with Clark, saying, "Eric is that rarest of individuals who conveys a humble confidence, an infectious smile, and makes you feel like the most important person in the world while in his presence. In addition to being his instructor and doctoral advisor, I served alongside him on the Jesuit Secondary Education Association board for a number of years. He has the skills, talents, and training to be the president of any Jesuit school in the country, and his devotion to the young men at Loyola Academy is awe-inspiring."

One cannot argue with Clark’s success. College prep high schools accepted one hundred percent of Loyola Academy alumni and of those alumni, ninety-five percent graduated from high school and just under eighty percent of alumni enrolled in college. Maureen Wangard, Ph.D. taught a Loyola Academy alum in an undergraduate class at Saint Louis University. When her class visited Loyola Academy to observe their approach to educating middle school students, Clark immediately recognized his former student and warmly welcomed him back.

“I saw both their faces light up as soon as they saw each other and he immediately hugged his former student and asked about his family and current plans," she said. "The respect and joy between them made everyone in the room smile.”

The graduate programs in Catholic school leadership at Saint Louis University are unique because they are taught for Catholic school educators committed to working in Catholic education. Faith formation is embedded in the program and students are taught the practical aspects of executive level leadership in Catholic education and how to serve as a spiritual leader to students, teachers, and staff. When reflecting about his time in SLU’s program, Clark remarked, “the SLU Ed.D. program in Catholic School Leadership was very beneficial in allowing me to become the successful executive-level leader in my job as President of Loyola Academy of St. Louis!"

The unique Catholic aspects of the program included spiritual leadership, values, and philosophy which is very valuable in my vocation of a Catholic school leader.”

To learn more about Clark’s work at Loyola Academy, read the original article from the Jesuits Central and Southern Province.

For more information about the Ed.D. in Catholic Educational Leadership program at SLU, visit our website or contact Maureen Wangard, Ph.D. at: maureen.wangard@slu.edu.