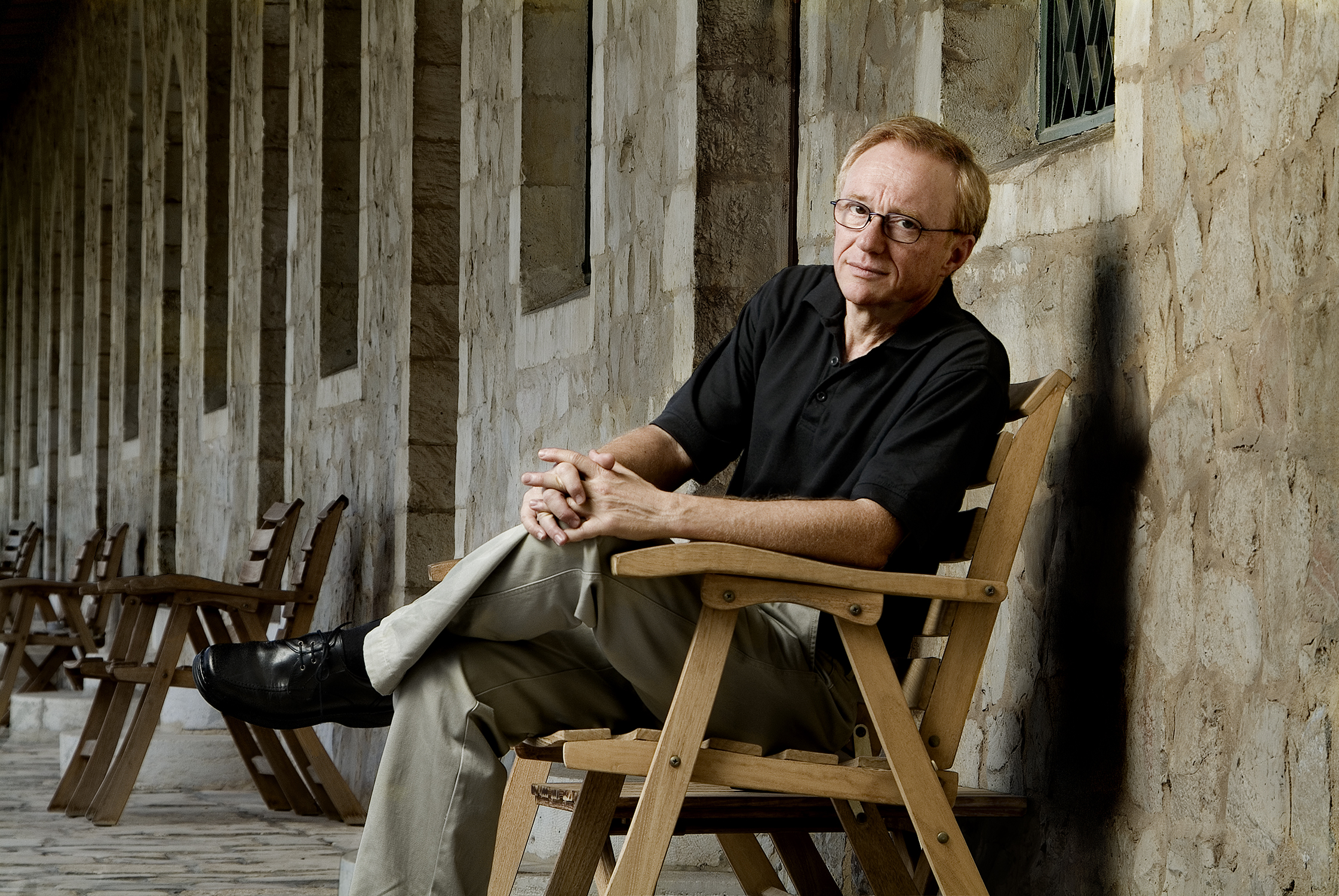 Nine was at the Sheldon Concert Hall in September to tape the award ceremony honoring the author of novels, non-fiction and children’s books. Click on the video below to watch the St. Louis Literary Award Broadcast. 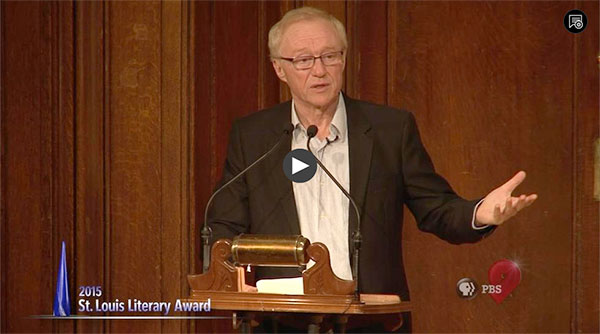 This free event was open to the public and included a presentation by David Grossman.

A Dessert and Drinks Reception followed the Award Ceremony at 8:30pm in the Media Commons of KETC (3655 Olive St.), adjacent to the Sheldon Concert Hall.

Autographed copies of David Grossman’s books were available for purchase at the event from Left Bank Books.

SLU Community Read of Falling Out of Time

The Saint Louis University Library Associates sponsored a SLU Community Read of Falling Out of Time. Participants received a free copy of the book and a ticket to join the small group discussions, which was held at Cupples House on September 28 from 3:30-5:00 p.m. and led by members of the SLU faculty and staff. Refreshments were provided. The event was free and open to all members of the SLU community and their guests. Registration was required.

"There are some writers in whose words one recognizes the texture of life. David Grossman is such a writer." -- Yann Martel, author of Life of Pi

David Grossman is internationally recognized as one of the most important literary and civic voices in Israel today.

Grossman has written novels, short stories and novellas, drama, and a number of books for children and youth. He has also published several books of non-fiction, including interviews with Palestinians and Israeli Arabs.

Among numerous honors and international awards, Grossman was decorated as Chevalier de l'Ordre des Arts et des Lettres (France, 1998) and received an Honorary Doctorate from Florence University (2008). His books have been published in 35 languages.

The St. Louis Literary Award honors the greatest writers of our time and celebrates the contributions of literature in enriching our lives.

For the past fifty years, the Saint Louis University Library Associates have conferred the St. Louis Literary Award on the most important writers of our time, including W. H. Auden, Barbara Tuchman, Tennessee Williams, James A. Michener, Eudora Welty, Saul Bellow, Joyce Carol Oates, and Edward Albee, among many other distinguished masters of the written word.

In 1964, SLU President Fr. Paul Reinert established the Saint Louis University Library Associates to create a closer relationship between SLU and the greater St. Louis community and to enhance the world class collections of Saint Louis University Libraries. The St. Louis Literary Award, presented annually by the Library Associates, is now known as one of the top literary prizes in the country.