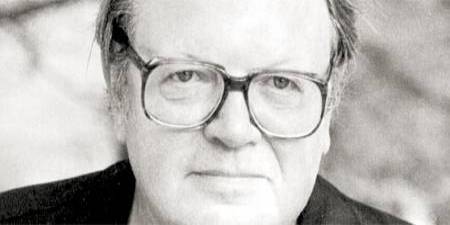 The Saint Louis University Library Associates Award will be presented at a special event Wednesday, Oct. 27.

Wills is a distinguished historian and critic known for his exposes on religion, history, and government. He has won numerous awards including two National Book Awards, the 1998 National Medal for the Humanities, and the Pulitzer Prize for Lincoln at Gettysburg. Several of his works were New York Times bestsellers. Mr. Wills is a regular contributor to the New York Review of Books and an adjunct professor of history at Northwestern University.

Wills’ next book will be published in November.

As recipient of the award, Wills joins a select group of authors including Tennesee Williams, R. Buckminster Fuller, Arthur Miller, Eudora Welty, Saul Bellow, Shelby Foote, Stephen Jay Gould, and Joyce Carol Oates. Margaret Drabble was the 2003 award recipient. The award has been given annually since 1967. From 1967 to 1981, the award was known as the Wilma and Roswell Messing, Jr. Award.

The ceremony will be held at 5pm Wednesday, Oct. 27, in Busch Student Center, 20 N. Grand. The ceremony is free and open to the public. A dinner with the author will take place immediately following the event. Proceeds from the dinner benefit the Saint Louis University libraries. Advance dinner reservations are required and can be made by calling 314-361-1616.