Member of the Editorial Advisory Board of Fullerenes, Nanotubes and Carbon Nanostructures, (Tailor & Francis, May 2015).

Miguel Catalán Award, 20 January 2014. Award for best scientist in the Comunidad Autónoma de Madrid under the age of 40.

UCM Foundation Prize for Science and Technology, 25 November 2010. A prestigious nation-wide award for early career achievements of scientists of all fields below the age of 35.

RSEQ Prize for Novel Researchers May 2009. One of four winners of the prize, awarded to the best chemists in Spain under the age of 35.

IUPAC Prize for Young Chemists 2006, 28 April 2006. One of five winners of the prize, awarded to the most outstanding PhD theses in the world of Chemical Sciences.

1st Prize Leanne Green Memorial, University of Edinburgh, 5 May 2004. The prize is given to the best presentation amongst final year PhD students in the School of Chemistry.

1st Prize University of Edinburgh, Organic Section Meeting, 29-31 March 2004. The prize is awarded to the best presentation amongst final year PhD students in the Organic Section.

Member of the Young Academy of Europe.

Member of the American Chemical Society.

Member of the American Association for the Advancement of Science. 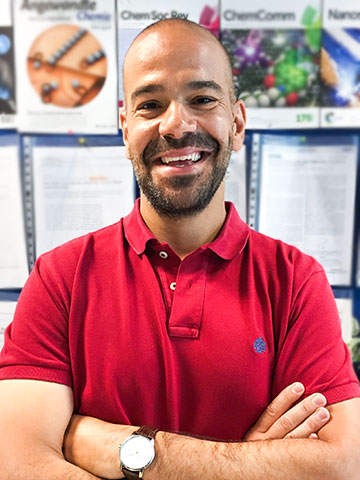