Fernando Abilleira (’99, ’01) is now working on yet another exciting project for NASA: the Mars Insight Mission. Abilleira, who earned a B.S. and an M.S. in Aerospace Engineering from Parks College of Saint Louis University, began his university studies at SLU-Madrid.

As Mission Design and Navigation Manager for InSight until 2016 and now serving as one of the InSight Mission Managers, Abilleira has been involved in the formulation, design and implementation of this groundbreaking endeavor to place a seismometer on the surface of the Red Planet and then deploy a surface penetrator that will record data on the Mars internal thermal pulse. 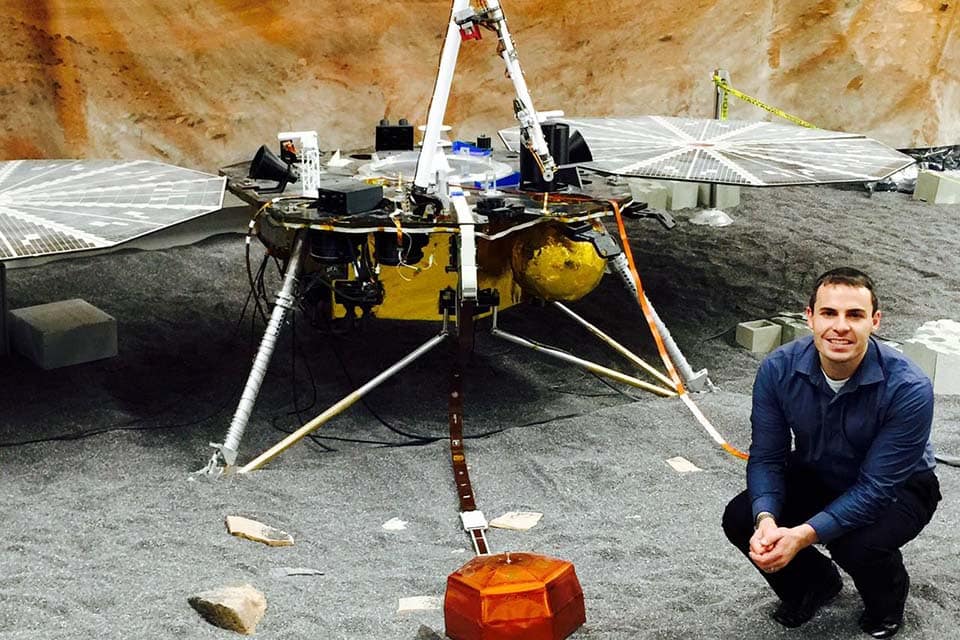 Abilleira has been working at NASA for 17 years, which has included his involvement with various projects and programs. He is now serving as one of the Mars Insight Mission Managers.

“For the first time, [InSight will] explore the deep interior of Mars and collect very valuable data that will tell us more about the formation and evolution of rocky planets,” he states. Abilleira’s accomplishments did not stop there, in addition to his work on InSight, Abilleira was appointed as the Mission Design and Navigation Manager for the Mars 2020 Project in early 2016.

He has been working at NASA for about 17 years, which has included his involvement with various projects and programs. Immediately upon the completion of his degree, Abilleira's contributions in Mission Analysis and Design included support for the James Webb Space Telescope, the Hubble Space Telescope, the Solar Dynamics Observatory, and ST5 during his time as contractor for the NASA Goddard Space Flight Center.

After joining NASA's  Jet Propulsion Laboratory in January of 2004, he has supported multiple flight projects and studies such as the Mars Telecommunications Orbiter, Mars Science Orbiter, Mars Netlanders, Mars Sample Return, and preliminary manned mission to Mars studies among others. He led the Mission Design work for the 2016-2018 NASA/ESA Mars Mission concepts, and for the 2018-2020 Mars Surface Mission Pre-project which eventually became the Mars 2020 Project. Abilleira also served as the Trajectory Lead for the Mars Science Laboratory Project which successfully landed the Curiosity rover on Mars in August of 2012.

View the recording of the May 5 launch of InSight