Joan Pedro-Carañana, Ph.D., (Communication) travelled to Bogotá, Colombia during the spring semester to teach and conduct research on the role of communication in promoting social change and peace.

Over the course of the five months he spent collaborating at the university Minuto de Dios, Pedro-Carañana lectured, participated in projects, researched a variety of social movements and exchanged ideas with students and faculty. 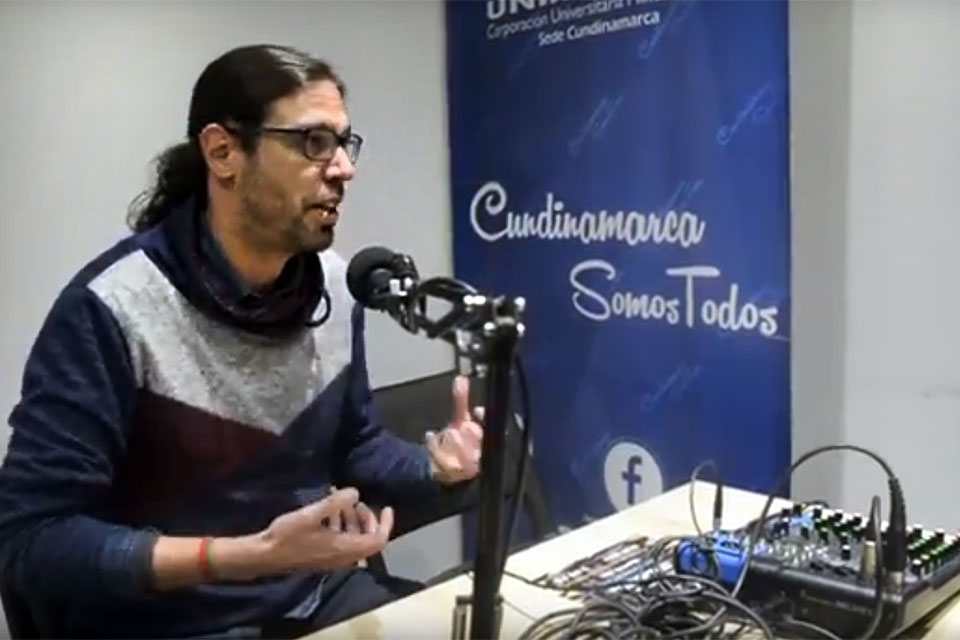 Pedro-Carañana, whose field of expertise encompasses communication, social change and development, has developed a particular interest in Colombia, and the comprehensive processes of peace-building that is taking place there. While in Colombia, he joined research-activism projects to visit post-conflict zones and guide workshops to facilitate the expression of young people through theater, radio, photography and audiovisual production, as well as the dissemination of such expressions on social networks and digital media.

He also visited indigenous communities in the Amazon to work on the recovery of historical memory and the defense of life and nature through community radio. He participated in the Semana de la Comunicación for Uniminuto TV Soacha, the online TV channel produced by the students and professors at the campus in Soacha, which features documentaries, video clips, series, recorded conferences, interviews with guest speakers and news on current events. Joan delivered a conference on Uniminuto TV on the political economy of communication, with a particular focus on Herman and Chomsky’s propaganda model.

Pedro-Carañana noted that these projects not only aim to eradicate direct violence, but also to promote an understanding of peace as social justice. “I had an unforgettable experience and felt the warmth of one of the happiest countries, which today is excited about peace-building and the development of community bonds in the face of the political and economic oligarchy,” commented Pedro-Carañana.