Kitcher Excels on the Football Field and in the Classroom

The SLU-Madrid Athlete of the Month Award went to Daniel Mateo Kitcher, a first-year student from Colombia majoring in international studies. Sports Director César Rioja nominated Kitcher for the award in recognition of his high-level play and dedication to both his academic and athletic careers.

“Daniel Mateo is the true definition of a team player," Rioja said. "He helps out his teammates whenever he can and always does what’s best for the team.” 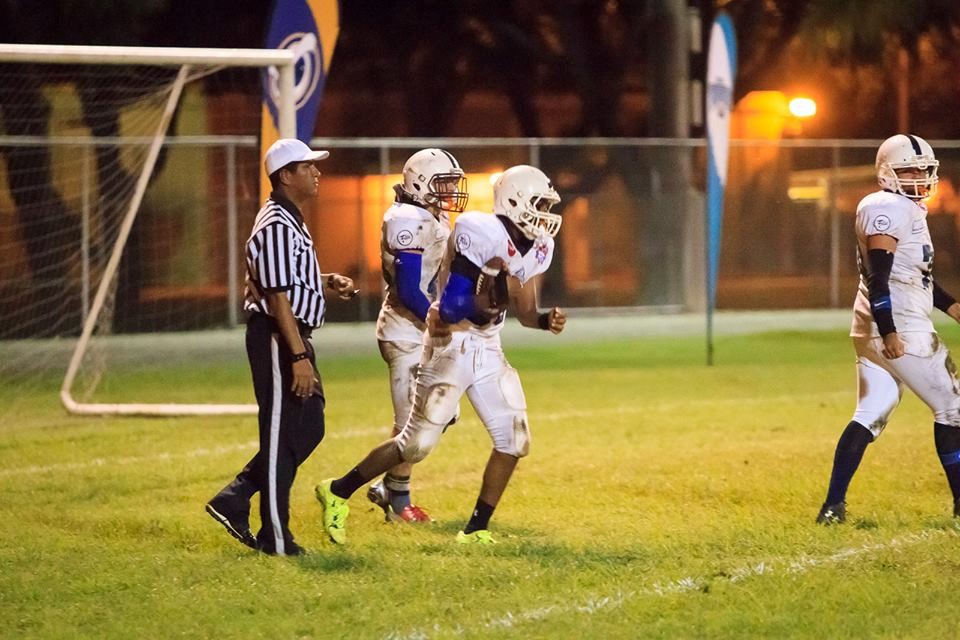 In his first season playing for the Rivas Osos, a Division I American football team in Madrid, Kitcher served as captain and led his team to the national final.

Kitcher has been playing football since he was 14 years old when he joined the junior varsity football team at Balboa Academy in Panama City, Panama. He developed quickly as a football player and was promoted to the varsity squad. One of the highlights of his high school football career was advancing to league finals his junior year.

When Kitcher enrolled as a first-year student at SLU-Madrid, he was not planning to continue to play football. However, Rioja led him to the Division I team, Rivas Osos. Kitcher tried out and was not only selected to the U-19 team but also chosen as team captain. In his first season with the Osos, he led the team to the national final. He was recently moved up to the senior team and is already looking forward to the spring season.

“Playing sports has helped me tremendously to improve my planning skills and has allowed me to balance my academic and sports life,” Kitcher said. “Football has been a major part of my life and this team has given me the opportunity to not only continue doing what I love but has also given me the chance to meet people from all over Spain.”