Dr. Goss Guest Lectures at the University of Antwerp

Communication professor Brian M. Goss, Ph.D., visited the University of Antwerp’s department of social sciences to lecture on the intensification of mediated “flak” (political harassment) as part of a series of external research presentations. 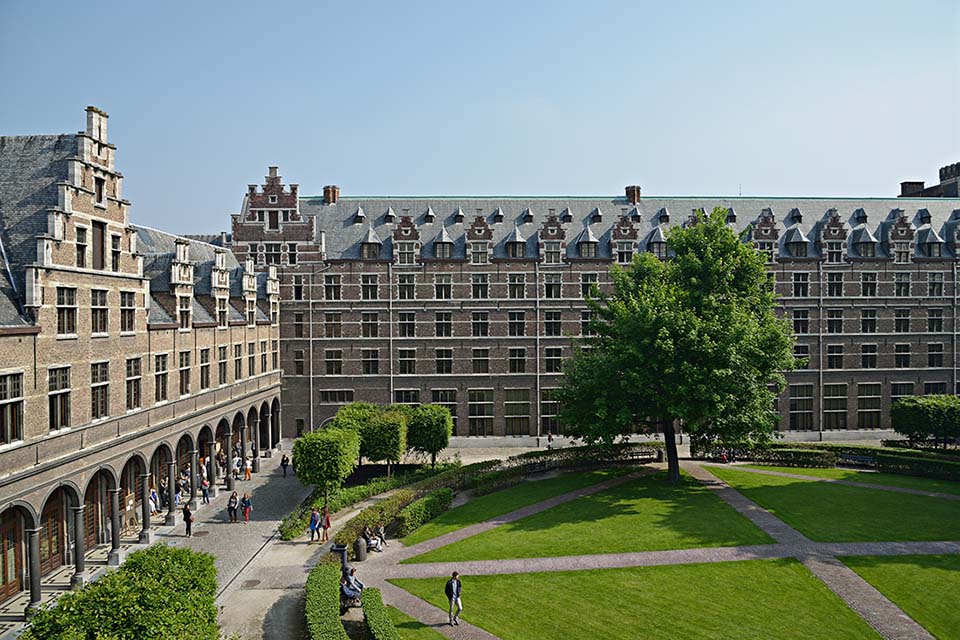 SLU-Madrid communication professor Brian M. Goss, Ph.D, was invited to the University of Antwerp (pictured above) in Belgium to take part in an external research lecture series organized by its department of social sciences.

His lecture, “Dissed Information: Beyond Fake News and Toward a Theory of Weaponized Flak Discourses,” was derived from his research on flak, which is slated for publication by Peter Lang Publishing in late 2019. The book promises to be the first book-length academic volume devoted to flak as a political strategy of harassment.

In a seminar room overlooking Saint Jacob’s Church, where the remains of famed Flemish painter Peter Paul Rubens are located, the lecture lasted nearly two hours, including time for Goss to address the audience’s questions.

“Although this is a harsh topic, one that implicates political harassment, the audience was very enthused,” said Goss. “A number of people with government posts in Antwerp and in Flanders, not just academic posts, attended — and there was a real interest in getting hold of copies of the book immediately after the talk and via email after I had returned to Madrid.”