High school students from Ridgefield, Connecticut, are taking their Spanish language learning beyond the classroom in a unique pre-college summer travel program.

Trip coordinators Lisa Djonbalic and Linda Pielock flew across the Atlantic Ocean to Madrid with a group of 15 juniors and seniors for the five-day language and culture program coordinated by SLU-Madrid Spanish professor, Araceli San Martín, Ph.D. A native madrileña, San Martín herself provided an authentic window into the local culture. 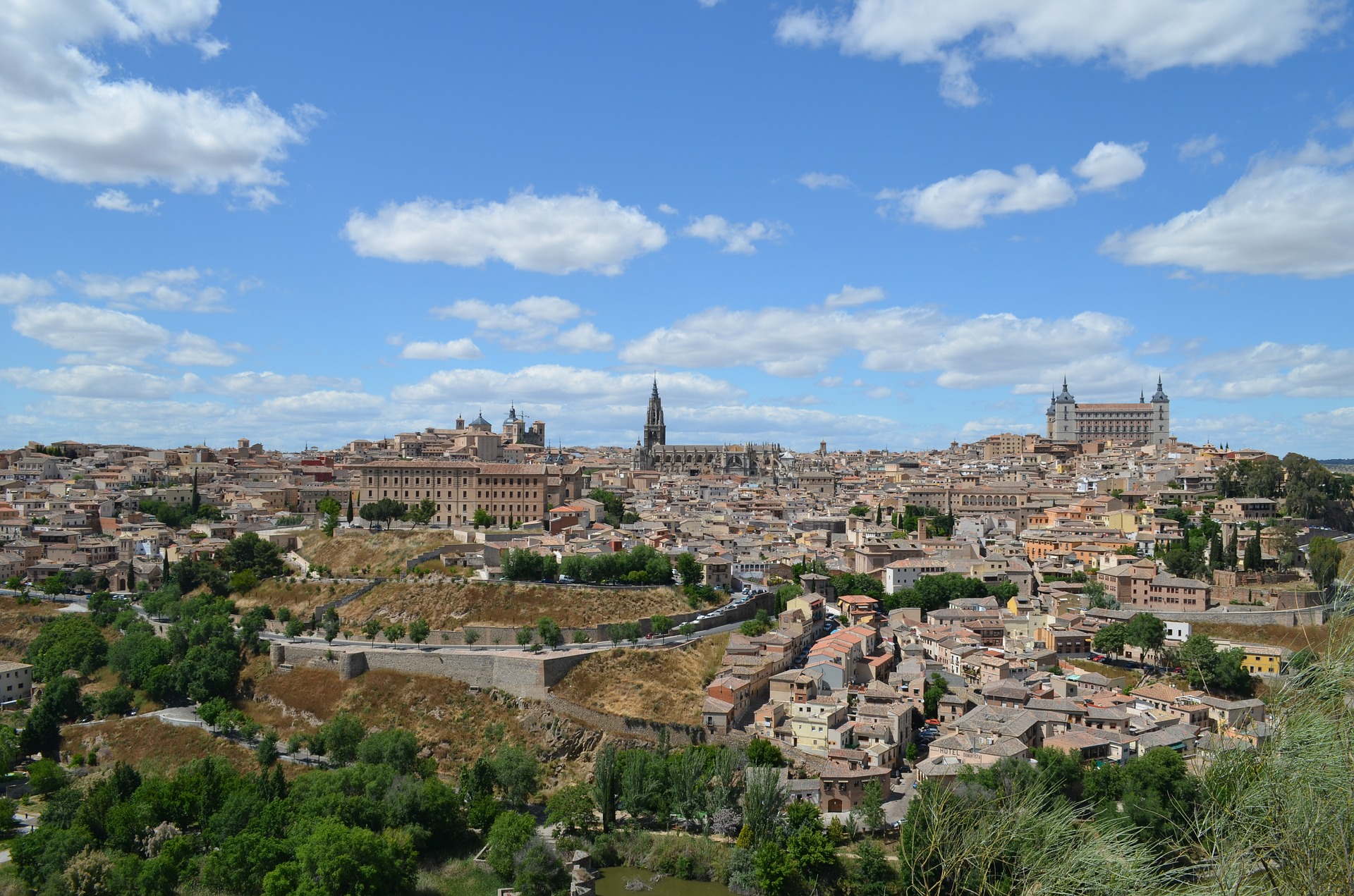 The final day of the program was spent touring Toledo, a UNESCO World Heritage Site and one of Spain’s most ancient cities. In a country where Muslims, Jews and Christians have been at odds throughout history, Toledo stands out as the so-called City of Three Cultures, where followers of the three faiths lived together peacefully for centuries.

The program consisted of a series of lectures in Spanish on topics of historical and cultural interest, accompanied by excursions around the city. After taking a class on modern art and modernism, for example, they headed to the Reina Sofia Museum to see world-renowned works by artists such as Dalí, Picasso and Miró. Over the course of the program, students saw paintings by the great Spanish masters at the Prado Museum, visited the site of the trenches in Casa de Campo from the Spanish Civil War, and interacted with a panel of SLU-Madrid faculty, staff, and students in a Spanish language roundtable.

When asked to choose the adjective that best describes Madrid, students mentioned vibrant, gorgeous, beautiful, historical, welcoming and lovely. One student went further and said, “I am artistic and I like to experience with my eyes. The architecture, buildings, and the colors are so different from New York City, for example. They define the city and its liveliness.”

Djonbalic, who works closely with high school students throughout the academic year, developed this program with the goal of pre-college awareness. While other student travel programs focus on language immersion and community service, she wanted students to learn that going to an American university overseas is also a pathway for higher education.

In preparation for the trip, students attended a series of seminars on cultural awareness, language learning and motivation. Students discussed cultural norms and how to behave in a foreign culture, committed themselves to consistent daily language study, and finally, developed presentations which they delivered while in Madrid. In preparing for the presentations, Djonbalic challenged students to consider ways to present their best self by honing public speaking skills and dressing professionally.

Both Djonbalic and Pielock are seasoned educators who are passionate about global learning.

Djonbalic’s first foray into international education happened when she was an undergraduate at New York University and studied abroad for a semester in Salamanca, Spain. “Every moment was a new adventure,” she recalls. “It was phenomenal. It was an experience that opened my eyes to the world. I developed a passion and I strive to share that passion with the students.”

“We live in a world with so much out there. There is just so much to see and as adults, it’s up to us. Students need to see, feel, taste and smell other cultures,” Pielock added.

Djonbalic and Pielock are already looking ahead to next year’s trip, which will include a side trip to Lisbon, Portugal.