Performing Artists in the Spotlight

The series kicked off with the Theatre Workshop production of Sophocles’ timeless tragedy, "Antigone.” A modern adaptation written and directed by Cary Barney, fine and performing arts program director, this version of Antigone challenged the talented cast to offer a new take on an old play, adding to the long legacy of this classic tragedy. Its influence stems from the strength of survivors from the Parkland shooting, Greta Thunberg as a political activist and the infiltration of fake news within modern society. 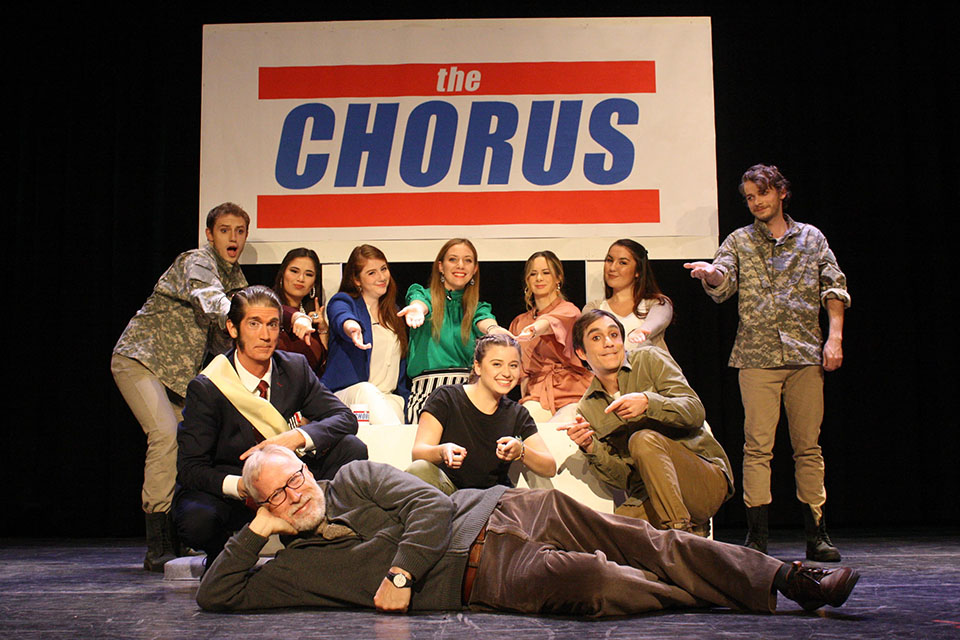 Fine and Performing Arts Program Director Cary Barney poses for a photo with the cast of "Antigone." They performed a modern adaptation of the classical tragedy, written and directed by Barney.

The performances continued as Latin and Spanish dance students of all levels gave a crowd-pleasing show entitled, “Women.” The original choreographies revolved around the themes of love, dreams and work, in relation to what it means to be a woman. Individual dances were dedicated to targeted groups of women: working women, women in the military, mothers, women who chose not to be mothers, women in love, as well as to dance professors Yolanda Granados and Susi Peces-Barba, who share their love of dance and have been making this show possible for more than 20 years. The show came to a dramatic culmination as the advanced salsa class delivered a powerful statement about being a warrior through choreography that depicted women in times of war. 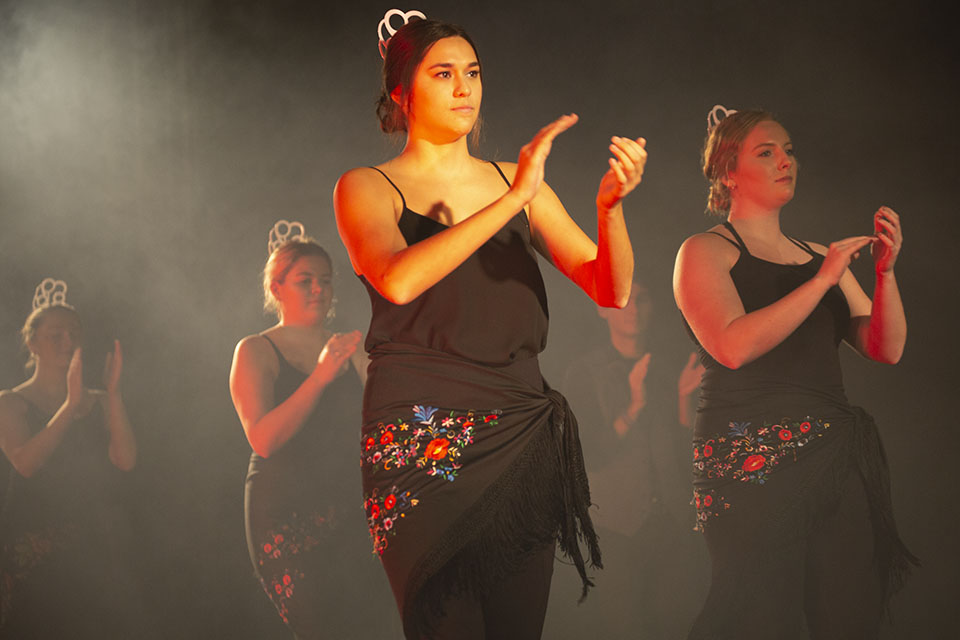 Entitled “Women,” this semester’s dance performance revolved around the theme of the identity of women and the different roles they can play. Above, visiting student Jenna Lombrano from Baylor University performs a Spanish dance choreography, keeping rhythm with the typical claps.

In attendance at the dance performance were dozens of former SLU-Madrid students who returned to Madrid for the alumni reunion weekend, coordinated by Peces-Barba. Alumni residing in the United States, Trinidad and Tobago, Bulgaria, Slovenia and across Spain participated in activities including a roundtable to connect alumni and current students, a wine tasting, a coffee reception, Thanksgiving lunch and the dance performance. Alumni who had been involved in the dance program at SLU-Madrid even put on a vibrant song and dance performance at Cats, a dance club located near campus.

The end-of-semester performances came to a close as students in voice and instrumental music classes showcased their skills in the final music concert. The performance was a multicultural and multilingual event, featuring a variety of different musical genres and vocals in five different languages, including a performance by Joy (Yi Zhou) in her native Chinese. While many accomplished musicians performed, several beginning vocal and piano students ventured to debut their skills in the concert as well.

The final act of the evening was a performance by the University Chorale, directed by Gudrún Ólafsdóttir. The audience sang along as they performed a series of Christmas carols, concluding with a trilingual version of Silent Night, in German, English and Spanish. 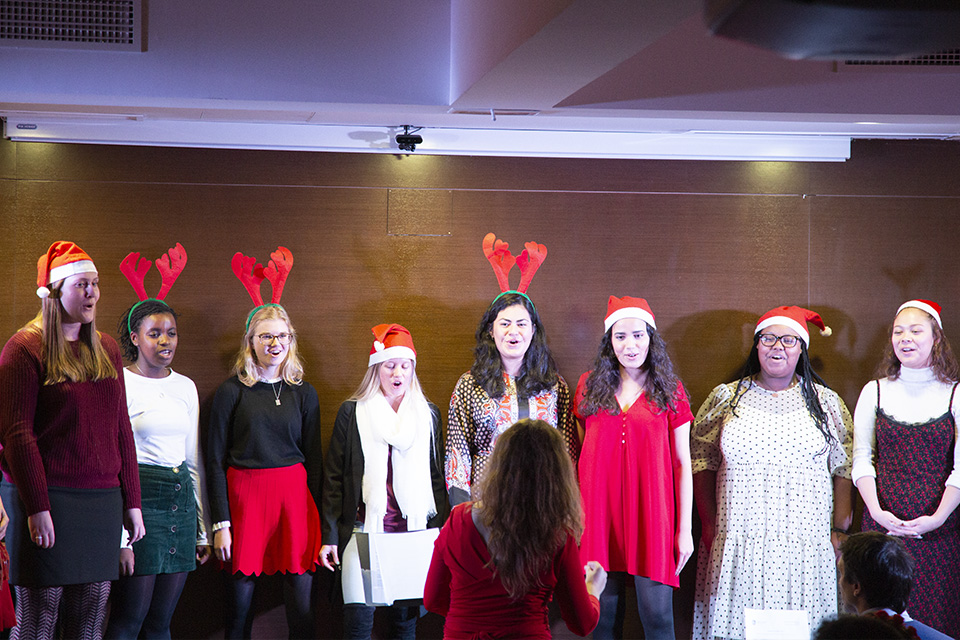 The University Chorale sang a series of Christmas carols, including "Silent Night" in English, Spanish and German. The words were printed in the concert program, so audience members were able to sing along in all three languages.