Academics, Writers Convene at SLU-Madrid for Scholarly Conference on the Republican Exile of 1939

Scholars and writers from across the world convened at SLU-Madrid for an international conference, entitled Yo no invento nada, focused on the Republican exile of 1939 and how it has affected both film and literature.

Organized by Dr. Verónica Azcue (SLU-Madrid) and Dr. Fernando Larraz (Universidad de Alcalá), the conference was sponsored by the Spanish Ministry of Justice and GEXEL, an academic group for the study of the literature of the exile. 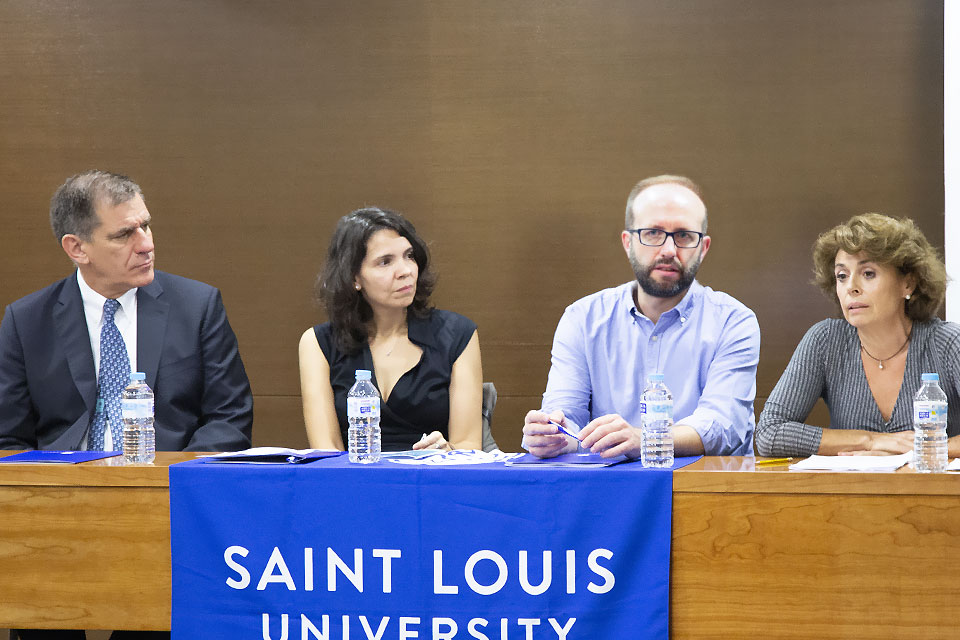 Participants hailed from Brazil, Chile, France, Hungary, Mexico, the United States and Spain and included notable figures from various facets of Spanish culture: playwrights Jerónmo López Mozo and Antonia Bueno, novelists Ernesto Pérez Zúñiga and Aroa Moreno, and some of the most widely recognized experts on the study of the Spanish Republican exile of 1939.

The conference also covered a theatrical performance by Ana Millás, who performed Manolita en la frontera by Antonia Bueno. Participants held engaging discussions addressing topics such as the differences between testimony and fiction, poetic imagery during the exile and how it is portrayed in both contemporary and current novels and the graphic forms that represent it. At the end of each day of the three-day event, a roundtable discussion was held to discuss these topics.