Paddle Tennis with a Purpose

Students, staff and faculty came together for SLU-Madrid’s second annual Paddle Tennis Tournament Fundraiser. Organized by director of sports, César Rioja, this semester’s fundraiser took in over 2,250 euros to support Casa Ronald McDonald, a non-governmental organization that assists with the housing needs of families with children who are hospitalized.

Driven by the success of the inaugural event last year, Rioja joined forces with Laura García Sayago, a Casa Ronald McDonald volunteer, to organize two separate tournaments. More than 75 people participated over the course of the two days, including SLU-Madrid students, faculty, staff, and other members of the Madrid community driven to support the cause. The first event took place earlier this month in Navalcarnero, a village to the south of Madrid, while the second took place in the Ocio y Deporte Canal sports facilities, just a few blocks from the SLU-Madrid campus. The tournaments were organized in the pozo style, in which doubles play six games of 20 minutes each. The winning team moves up a court and the losing team moves down a court after each 20-minute segment.

On the second tournament day, all eight courts at Ocio y Deporte Canal were continuously occupied. The 20 participants ranged in level from beginner to advanced. While the high-level players enjoyed the friendly competition, the beginners received lessons from a paddle instructor on two of the courts. When the final whistle blew, SLU-Madrid students Tomás Martínez-Bordiú and Jaime Reinoso were declared champions. Martínez-Bordiú and Reinoso were presented with their trophies before the group headed to a nearby cafetería to enjoy some Spanish tapas. 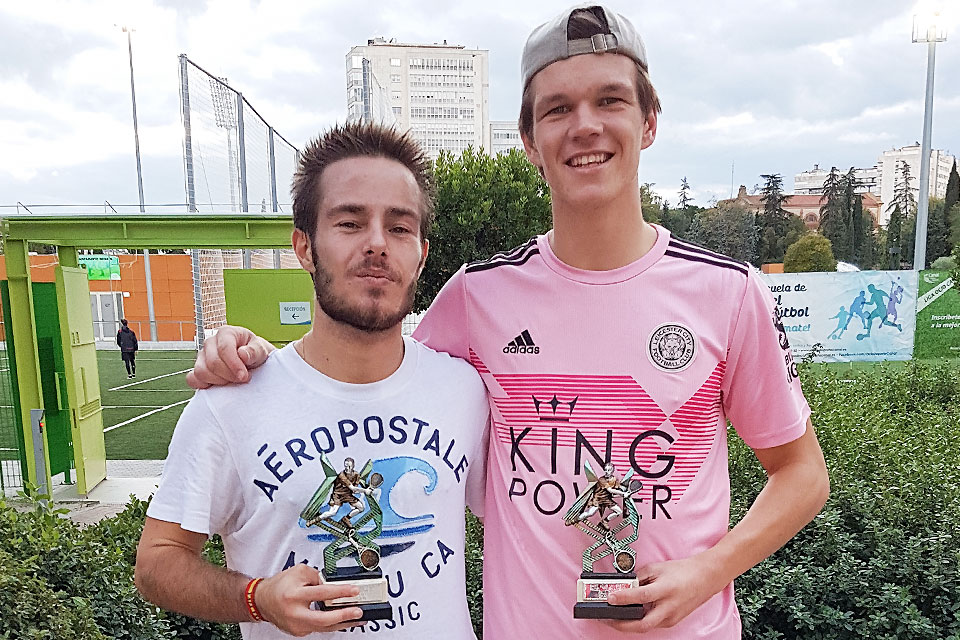 “Participating in the tournament, alongside colleagues and students proved a fulfilling way to spend a Saturday afternoon,” says Ignacio Sainz of the Finance Office. “We came together as a community, got some exercise and enjoyed some tapas afterwards, all while raising our consciousness of a worthy cause. I'd also like to extend my gratitude to César Rioja for organizing the event.”

The Paddle Tennis Tournament is one of the many community outreach efforts organized each semester at SLU-Madrid. To find out more about service opportunities for SLU-Madrid students, as well as faculty and staff, contact the Student Life Office at studentlife-madrid@slu.edu.