The Adjudicating Committee for the National Science and Technology Competition selected projects in the fields of microbiology and artificial intelligence as recipients of the sixth annual award.

Students from high schools in Madrid, Galicia, Cataluña and Burgos submitted a total of 32 projects to the competition. Topics included engineering and technology, health sciences, chemistry, biology, earth sciences and computer science. Based on the assessment criteria of originality, creativity, applicability and overall presentation, the Committee narrowed the field down to six finalists and ultimately selected two projects for this year's awards. The winners presented their projects at a ceremony in San Ignacio Hall. 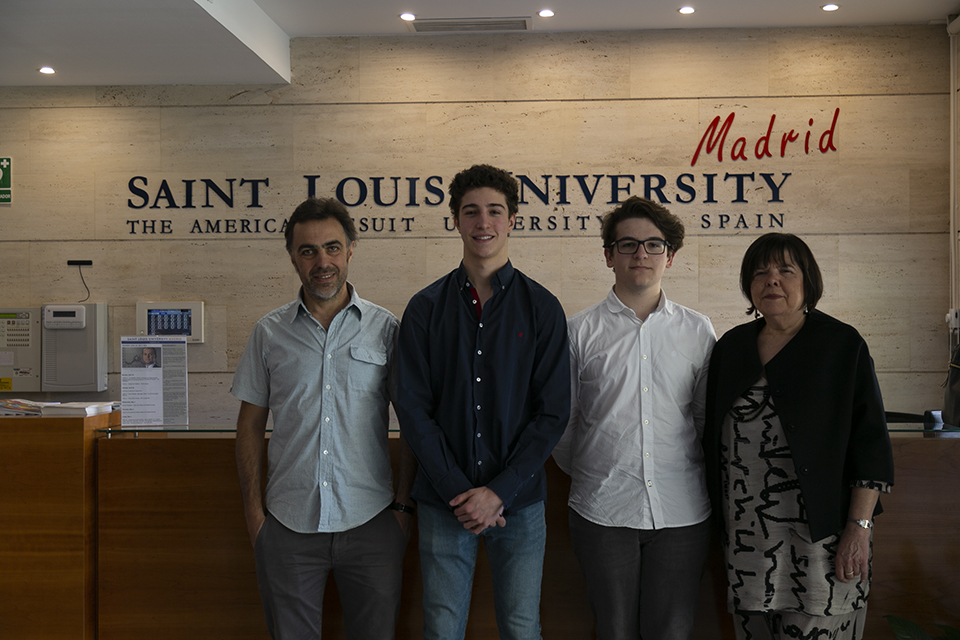 The winners of the 2018-2019 National Science and Technology Competition pose for a photo with their mentors.

Submitted by Xavier Manuel De Rada Piñeiro from IES Rosalía de Castro (Santiago de Compostela), this project presents a detailed experimental extraction of chitosan from shrimp residues and its use as an antimicrobial agent. The Adjudicating Committee considered Piñeiro's experiment to be very thorough and was impressed by the complexity of the techniques employed. They also found the development and organization exceptional.

Javier Montero Martínez from IES Gerardo Diego de Pozuelo de Alarcón (Madrid) experimented with artificial intelligence, which is beginning to transform the world around us. The objective of his project was to create an intelligent academic virtual agenda. The Adjudicating Committee valued the  hard work and dedication of the project.

Francisco Prieto, Ph.D., who coordinates the competition, said, "It was a true honor to award this year’s prizes to these two exceptional students. The quality of all of the projects submitted  was excellent. We extend our congratulations to all participants and their dedicated mentors.”

SLU-Madrid’s National Science and Technology Competition for High School Students recognizes young scholars who have demonstrated exceptional talent through science and technology research. The award targets those with an interest in pursuing higher education in the science and engineering fields. By recognizing talent and hard work, SLU-Madrid aims to promote creativity and the spirit of research among students in the final two years of secondary school.