After six years of working in multinational corporations, Rita Charai (Class of 2014) is following her dream to start her own business.

A language aficionado who speaks English, Spanish, French, Arabic and some Italian, Charai founded the company, Flex and Lang, which she describes not as a language academy but rather a method. There is no physical office, timetables for students are flexible, and the teachers all design customized materials depending on the individual needs of each student. Flex and Lang currently offers language training in English, Spanish, French, Portuguese, Arabic and Chinese. 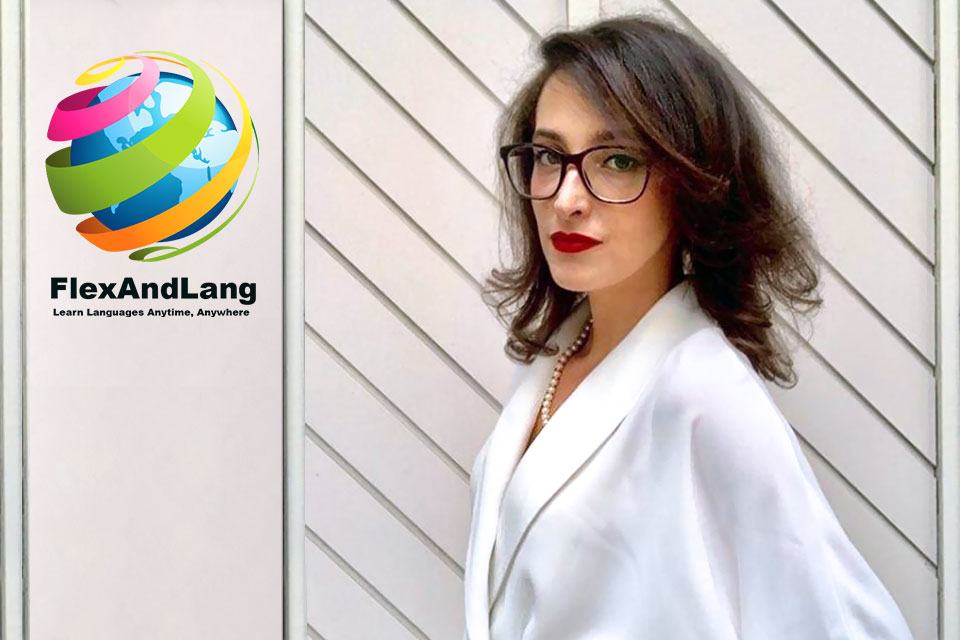 From the World of Corporate Finance to Small Business Ownership

When Charai graduated from SLU-Madrid in 2014 with a degree in international business, she already had a job lined up at Deloitte as an auditor. In her senior year, she had taken part in the Deloitte Financial Challenge, at the recommendation of her accounting professor Laura Muro, Ph.D., which led to an interview and a job offer before she’d completed her studies.

Charai spent two years learning about the audit process in one of the “Big Four.” She then transitioned into a position as a financial analyst for BNP Paribas in the Performance Management Department and later in Regional Fronting of Corporate Finance. These roles exposed her to budgeting and forecasting as well as income and expense analysis to evaluate business line performance. After six years in corporate finance, she felt she had a solid base of knowledge and was ready to take on the challenge of launching her own business: Flex and Lang.

In the long-term, Charai hopes to expand Flex and Lang beyond Madrid to Barcelona and Marbella. “This is why in the short term, I am focused on developing my practical managerial, communication and decision-making skills,” she explains.

A Closer Look at Language

Charai first heard about SLU-Madrid from a friend in her home country, Morocco. She thought it sounded like a place she would thrive, while also offering the opportunity to learn English and Spanish, two languages which she now speaks fluently. She entered SLU-Madrid in the English as a Second Language program. Throughout the course of her international business major, she gained a broad base of knowledge while also figuring out what kind of professional she aspired to be.

For Charai, language is identity. Her language skills have afforded her the opportunity to travel in a more meaningful way, establish deeper connections with others from different cultures and be open to new experiences. As an entrepreneur, she has discovered a professional field that brings together language and business.

Looking back, Charai acknowledges the importance of familiarizing herself with the business world before striking out on her own. When asked for advice for current students looking to begin their careers, she said, “My advice is probably different from what people usually say. I do not believe that success is about doing what you like. I believe that in order to reach your professional prosperity, you need first to work hard and build a solid CV in companies from which you will learn how to behave in the professional atmosphere.”