Ángeles Encinar, Ph.D. (Spanish), edited and wrote the prologue for the recently published book, Invenciones y recuerdos, by the accomplished writer and academic, Luis Mateo Díez (Editorial Eolas, 2020). This volume brings together a representative compilation of the prolific writer’s works.

The book begins with a group of stories within the realm of fantasy which make way for varied evocations that take us back to his literary world. Among these 20 brief narrations, hybridization is perhaps the most striking feature. 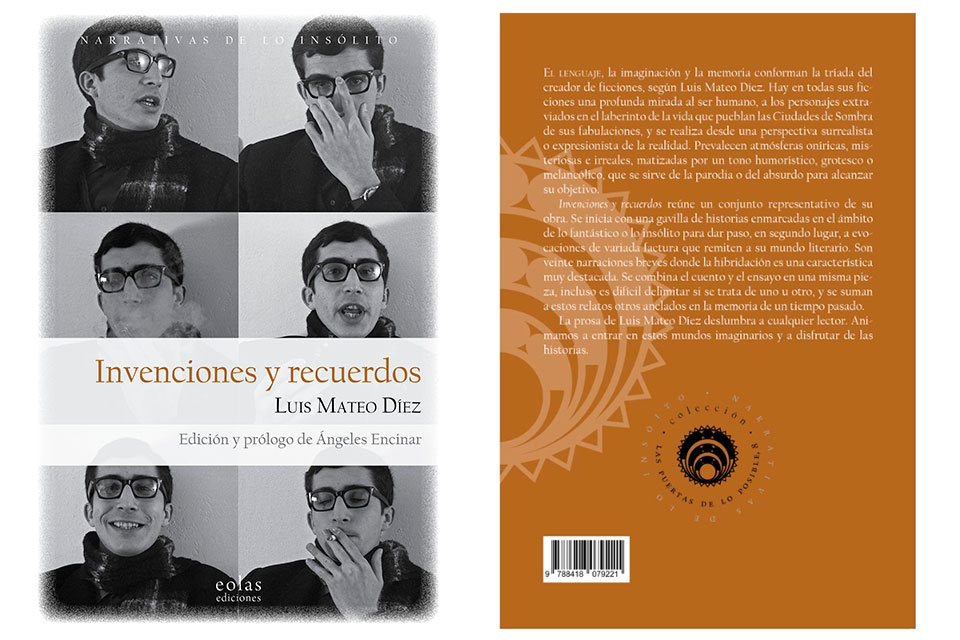 As noted in the prologue, language, imagination and memory form the triad that creates fiction, according to Díez. All of his stories offer a profound look at the human being, from a surrealist or expressionist perspective of reality. In his works, dreamlike, mysterious and surreal atmospheres predominate, nuanced by the humorous tone which serves as a parody or absurdity to achieve his goal.

“Díez’s prose dazzles any reader,” commented Encinar.” His books submerge us in imaginary worlds that are moving and astonishing, but above all, they provide an original view of our society and the contemporary individual.”

Invenciones y recuerdos has already garnered acclaim, as it was recently recommended on the prestigious cultural program, “El ojo crítico” on RTVE (the Spanish public radio and television service) and in the literary magazine, Zenda, which was founded by Arturo Pérez-Reverte.