SLU-Madrid presents a sampling of the recent scholarly pursuits of SLU-Madrid faculty. 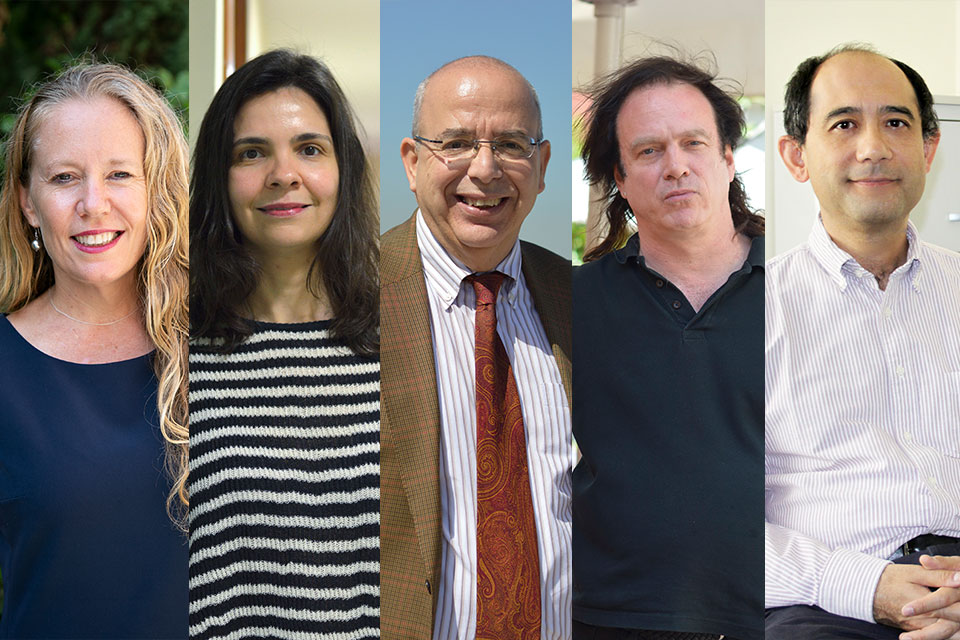 Taieb Gasmi, Ph.D., associate dean for sciences and engineering, gave a virtual presentation entitled “Compact and Extra-Cavity KTA-based Optical Parametric Oscillator as Transmitter for Mid-Infrared Laser Radars,” at the Imaging and Applied Optics Congress, hosted by the Optical Society of America in Washington, D.C. His presentation was recently published as part of the conference proceedings.

Gasmi’s article discusses his research into the development of a new generation of compact and very lightweight systems that serve as a transmitter for the new Differential Absorption LIDAR (DIAL) lasers.  Like radar, LIDAR is an active remote sensing technology, but instead of using radio frequency or microwaves, it uses laser light. The characteristics of the new system make it an excellent candidate for efficient and high power optical parametric conversion in the midinfrared region of the spectrum. This matches well with the absorption band of methane, a greenhouse gas whose presence in the atmosphere affects the earth’s temperature and climate system. The experimental data of urban methane collected by the system provide additional evidence that urban areas are a globally important source of methane to the atmosphere.

Brian M. Goss, Ph.D., professor in the Department of Communication, recently published the peer-reviewed article, “Neoliberal-Spotting: Reading the Socioeconomic Symptoms of 'Trainspotting' (1996) and 'T2: Trainspotting' (2017)” in the Journal of Communication Inquiry.  The article interprets the implicit social and economic subtexts of the two Trainspotting films, released 21 years apart and directed by Danny Boyle with a cast led by Ewan McGregor. Prior to publication, Goss presented an earlier version of his work on the two films at the June 2019 Associação Portuguesa de Estudos Anglo-Americanos (APEAA) Conferência at University of Porto in Portugal.

“This was a fun paper to write,” Goss said, “even as the films themselves have quite serious undercurrents. The article pulls together many of my enduring interests, notably the impact of the economic doctrines of neoliberalism, globalization, as well as the film medium on which I deliver two courses. Students have also responded with interest when I have shown 'Trainspotting' in film courses, which was one impetus to dig deeper into it for a research project.”

In addition, Goss recently presented a conference plenary lecture entitled “The United Kingdom’s Up Series (1964-2019)—or, Imagining the Imagined Community That May No Longer Be Imaginable.” The venue for the presentation was the thirteenth annual Comparativism, Identity and Communication (CIC) international conference sponsored by the University of Craiova in Romania. In light of the ongoing pandemic, the conference was convened via Google Meet, attracting a record number of participants. This year’s CIC conference marked the fourth time that Goss has been a plenary speaker at the event.

“The plenary lecture addressed the nine "Up" documentaries that I watched on DVD this past spring during lockdown—and I am very glad to have ventured something small but positive out of this achingly difficult time for Europe and the world,” Goss explained. The 40-minute plenary address employed the concepts of “imagined community” (Benedict Anderson) and “banal nationalism” (Michael Billig) as theoretical tools to interpret the series of nine documentaries that have followed the lives of 14 British people from age 7 in 1964 to age 63 in 2019. Goss noted that the conference organizers have published a book each year from University of Craiova Press to commemorate the event. He adds, “I look forward to soon handing in the book chapter on this landmark series of documentaries—and to delivering a lecture again in Craiova, next year and in person!”

An English-language translation of Professor of Theology, Dr. Alberto de Mingo Kaminouchi’s book, "An Introduction to Christian Ethics: A New Testament Perspective," was recently published. The book was first published by Ediciones Sígueme in Spanish in 2015.

In this book, de Mingo provides an introduction to Christian ethics by examining the New Testament according to three key concepts: happiness, virtue, and love. The text is accessible to readers who are not well-versed in Christian ethics.

The English-language version of De Mingo’s book has already garnered acclaim. "Special thanks to Liturgical Press for bringing such an eloquent translation of the signature work of Alberto de Mingo Kaminouchi into the English-speaking world. De Mingo is that rare Catholic bridge builder who spans biblical theology with theological ethics and introduces us to the grammar of virtue as we learn from revelation to be configured by Christ. Rightly he unfolds for us the beatitudes at the heart of this remarkable lesson and then concludes with an introduction to the three forms of love. I cannot recall ever such a compelling and ultimately satisfying introduction to Christian ethics. Bravo," wrote James F. Keenan, S.J., of Boston College.

The event, which lasted for more than two hours, featured various presentations and lively conversation. Gutiérrez Plaza also recited the poems requested by members of the audience via Zoom chat. Despite the travel restrictions, the virtual event brought together participants in Venezuela, the United States, Uruguay and Spain to share their love of poetry and praise for Gutiérrez Plaza’s work.

Katherine S. Smith, professor of English composition and English as a second language, presented at the APUNE (Asociación de Programas Universitarios Norteamericanos en España) Fall Assembly. APUNE, a not-for-profit organization that is formed by 82 study abroad programs and more than 40 associated institutions, has been profoundly affected by COVID-19. During this Fall General Assembly, 110 program directors and university professors discussed the ramifications of new health and safety measures as they prepare for study abroad students to return to Madrid next spring. Smith, who was appointed a Reinert Center Online Teaching Fellow earlier this year, presented on the background of online education and how we can use pedagogical methods to improve it.