A Champion for International Education

Gilberto Lantigua, who earned his B.S. in international business from SLU-Madrid in 2018, launched his career in the financial industry as an investment banker at Banco Inversis in Madrid. He has recently accepted a new position at Deloitte as a financial consultant in the Risk Advisory Department.

For Lantigua, the practical approach to education at SLU-Madrid played an important role in preparing him for his future in the financial industry. "Analytical, presentation, communication and leadership skills that I learned as a student at SLU-Madrid are major requirements in the bank." He said the hands-on use of essential tools like Microsoft Excel as well as ongoing, practical assignments and evaluations were also particularly valuable. 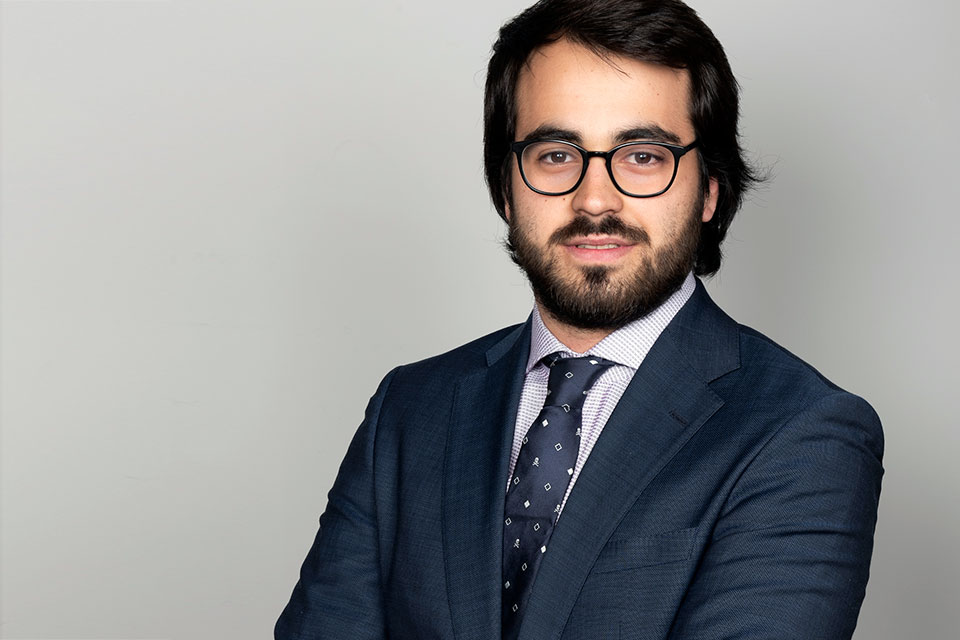 Gilberto Lantigua graduated from SLU-Madrid in 2018 with a degree in international business. Educated from an early age in an international environment, he identifies adaptability and diversification as keys to success.

In addition to the benefits of SLU-Madrid's educational model, Lantigua identifies the multicultural environment at SLU-Madrid as transformative. "There is so much diversity in the classroom at SLU-Madrid that it is impossible not to learn from your peers. SLU-Madrid not only shaped my way of thinking inside the classroom but also outside. Being an undergraduate at SLU-Madrid means learning from other students' backgrounds."

Lantigua was exposed to international education at an early age. He attended elementary school at the Colegio Oficial Alemán in Gran Canaria, Spain, in which all classes were conducted in German. He went on to attend high school at Colegio Heidelberg, where he excelled in the school's trilingual program (English, German and Spanish).

A competitive tennis player, Lantigua knew he wanted to attend university in the United States because athletes are able to earn their university degrees while continuing to train and compete at a high level. "In the Spanish system, it is very difficult for athletes to compete in their sport and study a university degree at the same time," Lantigua explained. "If I had stayed in Spain, I would have had to choose between playing tennis and studying for a university degree."

After completing two years of his university studies at Saint Thomas Aquinas College in New York, where he had been recruited to play NCAA Division II tennis, he transferred to SLU-Madrid. "I was at a point in my life in which I valued my academic career over my athletic one," he said. "When I heard about SLU-Madrid and researched the university, I learned about their values and Jesuit mission. I immediately identified with the mission. The opportunity to return to Spain to earn a business degree and be closer to my family and friends, while studying at a nationally ranked American university was something that other universities could not offer me."

Upon graduation from SLU-Madrid in 2018, he pursued a Master in Management at Instituto de Empresa (IE). He credits his success in this demanding graduate business school to the preparation he received as a SLU-Madrid student.

"The most important lessons I learned during my time at SLU-Madrid were giving presentations in public, working in different teams, the importance of participating in class, managing conflict of interest and becoming a leader when needed. I carried those lessons with me to IE," he said. "I also believe IE valued me as a candidate because I had been educated in a multicultural setting."

While studying at IE, Lantigua was selected to study as a guest student and ambassador for IE at Pepperdine University’s Graziadio Business School in California.

"Throughout my academic career, I have learned that being adaptable to change is vital for success," he concluded. "Furthermore, the more we diversify ourselves, the more opportunities arise!"