As a nonprofit leadership intern for the Borgen Project, SLU-Madrid sophomore Kylie Jabjiniak is gaining practical experience in political advocacy this summer. Through the project’s highly competitive and rigorous online internship program, she is actively engaging local representatives in her home state of Florida as well as empowering other community members to take a more active role in politics.

“Through this internship, I have discovered an opportunity to make politics feel more accessible, to make clear and truly experience the democratic principle that power derives from the people,” she said. 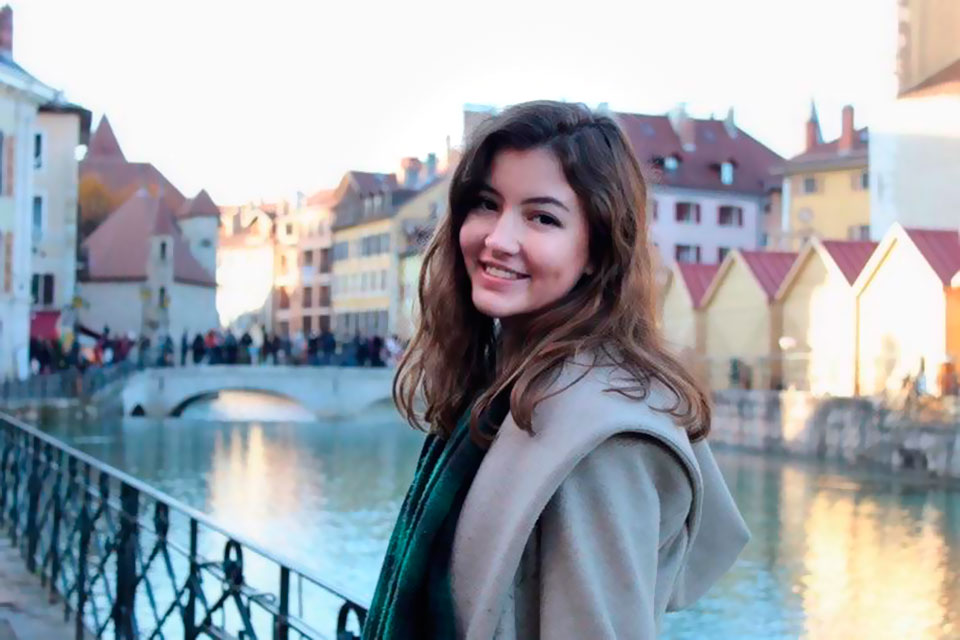 Jabjiniak studied abroad in Alicante, Spain, for a summer while she was in high school and knew she wanted to return for university. As a SLU-Madrid student, she continues to live abroad while pursuing her degree in political science and Spanish. When asked what the highlight of studying at SLU-Madrid is for her, she said, “I love the diversity and closeness of the student body at SLU-Madrid and how the professors are so passionate and accessible to their students. The SLU-Madrid community is just so inspiring and uplifting, and that has definitely been my favorite thing so far.”

About the Borgen Project

The Borgen Project is a nonprofit organization based in Seattle, Washington, that aims to address world poverty and hunger by engaging, informing and mobilizing the public. They strive to make poverty a focus of U.S. foreign policy by empowering citizens to communicate with the government. Among their major areas for advocacy are starvation and global food security; newborn, child and mother survival; access to clean water and sanitation; and food aid reform. As an intern for this strategic advocacy initiative, Jabjiniak is lobbying local politicians to support initiatives such as the World Food Program, which is in grave need of more resources to respond to the COVID-19 crisis.

Letter writing is just one of the engagement tasks Jabjiniak has undertaken as part of her internship. She has drafted letters to two senators and a district representative, focusing on the International Affairs budget and the Global Security Act, which are among the Borgen Project's legislation initiatives. Other Borgen legislation initiatives include global health innovation and protecting girls’ access to education in vulnerable settings.

“Letter writing, at least to me, always seemed like a weak option of political engagement,” she admitted. “But, truly, I think that narrative is false. Putting my ideas and beliefs in writing, sealing the envelope and sending my words to my representative felt powerful and also a way to accept my responsibility in society to think critically, question and develop my own ideas and values, and take action to create the world I want to see. As cliché as it is, writing the letters felt like my own way of carrying out Plato’s call to ‘speak truth to power’ and fighting for society governed by truth and values.”

She has since requested lobbying meetings with the two senators and the district representative to discuss the International Affairs budget and the Global Security Act.

Mobilization of the Public

Another part of Jabjiniak's internship with the Borgen Project is mobilizing others to contact their congressional representatives. Despite her misgivings that friends and family would view her as nagging or “overly political,” Jabjiniak convinced 10 friends and family members to read through the Borgen Project legislation and contact their congressional representatives regarding the issue(s) that they felt most strongly about.  She was pleasantly surprised to see that her friends and family felt both proud and empowered to speak out about issues that resonated with them.

“After sending the email, he [my father] was amazed at how easy the whole process was and kept repeating to my mom and me how happy he was to have contacted our representatives, since he had never contacted a member of Congress in his life,” she commented. “Seeing my dad’s reaction to becoming politically empowered for the first time in his life moved me emotionally and made me see the importance of civil society groups like the Borgen Project, that bring the power in politics back into the hands of the people.”

Most recently, Jabjiniak has embarked on a fundraising campaign on behalf of the Borgen Project. She identified potential donors and mailed letters to households with the goal of raising $500 to support its initiatives.

Jabjiniak says she is fortunate to contribute meaningfully through her internship during the unprecedented circumstances created by the global pandemic, and that she has been able to advance her studies and career exploration. In addition to the Borgen Project, SLU-Madrid interns have gained transnational experience at businesses and non-governmental organizations such as the U.S. and U.K. embassies, Ernst & Young, Deloitte, Julma Cosmetics, IMDEA, Mapfre and NGO Rescate.