Dr. Segovia on Animism and the Re-enchantment of the World at the Free University of Brussels and the European Research Council

Dr. Carlos Segovia (Humanities and Social Sciences), whose current research focuses on both contemporary animism and the correlation between poetry, mythology and tragedy in post-nihilistic times, lectured by invitation for two weeks at the Centre for the Study of Religion and Laicity (CIERL) of the Free University of Brussels (ULB) and the European Research Council (ERC) at the University of Ghent. Additionally, he participated in a roundtable on the making of religious identities at the ULB.

At the ULB, Segovia taught two master classes on the renewed study of animism against the backdrop of contemporary discussions on religion and ecology, delivering both an open lecture on animism’s fundamental components and a research seminar on animism, religion and the re-enchantment of the world. At the ERC, he lectured for the NARMESH research project on animism, nihilism and the so-called “death of God” in contemporary philosophy. 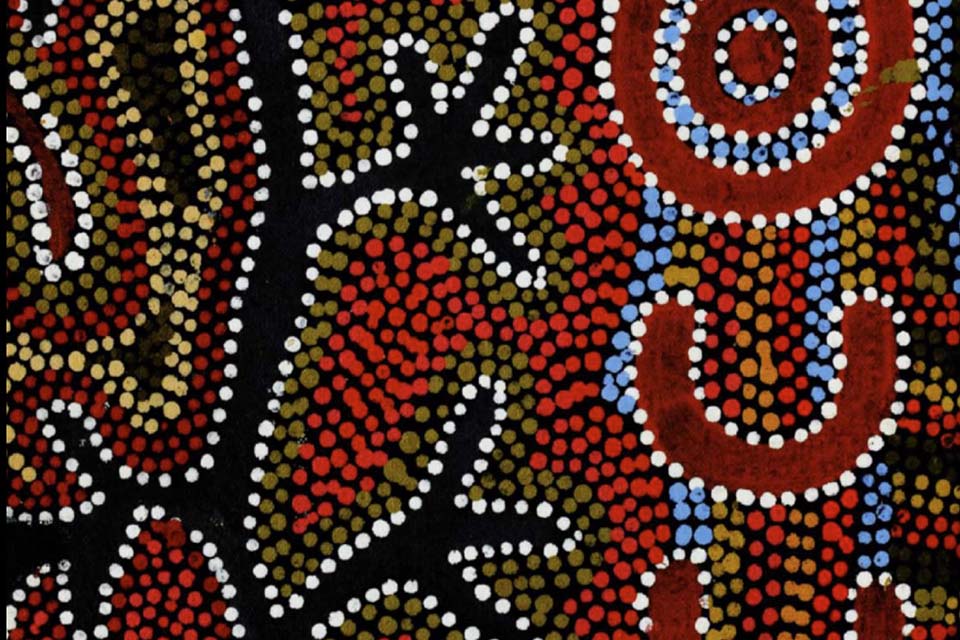 Emu Dreaming, Warlpiri Landscape. Warlpiri cosmology is multi-centred and, consequently, multi-perspectivist. In it, animals, plants and rocks in any given ecosystem have their own perspective on things, which can be shared across species. The image above depicts an aerial view of the earth, as dreamed (or seen) by an emu.

Segovia claims that animism provides a new paradigm for contemporary thought in four distinct but interconnected ways: it supplies an operational concept for reimagining today’s cosmopolitics in new ontological terms, a counter-proposition against dominant divisions of life and non-life, an antidote to semiocapitalism, and a new argument in contemporary philosophy equally distant from what he labels as self-contained and frozen philosophies: those incapable of moving beyond the modern worldview or else engaged in its mere deconstruction. Segovia believes a redefined animism may help to critically rethink Nietzsche’s claim of God’s “death” and the return of the sacred in today’s post-secular world.

Segovia will soon be publishing a monograph on these and other related matters, on which he has published substantially over this and the past year. He will also co-chair an international conference on animism at the ULB in the fall of 2020.